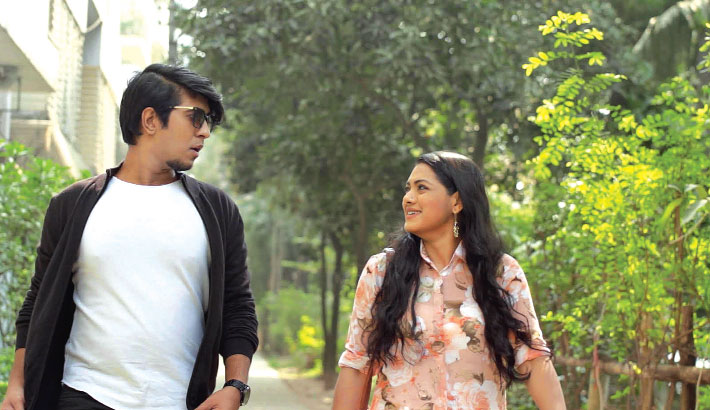 Popular actors Nusrat Imrose Tisha and Tawsif Mahbub have paired up for a Valentine’s Day drama.

Written and directed by Fahrian Chowdhury Tanmoy, the title of the drama is ‘Love Story 360’.  In the meantime, shooting of the drama has been completed at different locations in the capital’s Uttara area.

About the drama, director Tanmoy said, “This is a romantic genre drama, but the play has a unique story line. Audience will get to see a twist at the end of the drama.”

Alongside Tisha and Tawsif, the drama also stars Pirzada Harun, Nadia and Rana.

Under the production of NR Media, the special drama will be aired on February 13 on Ekushey Television. After the telecast the drama will be available on YouTube