4 children went missing after a blizzard in rural Alaska 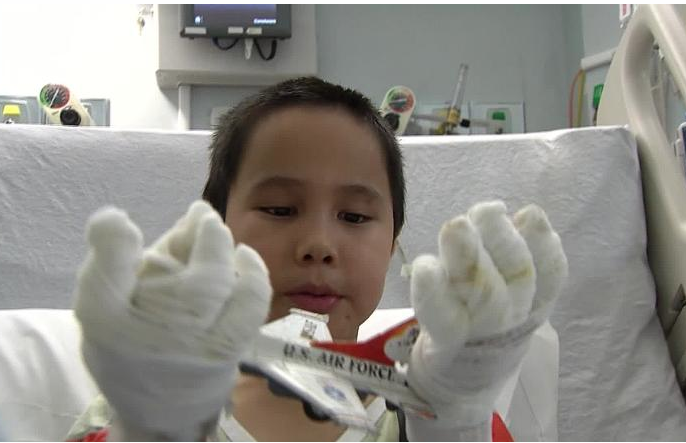 A 7-year-old Alaska boy who went missing with his cousins after a blizzard said they survived by digging a hole to sleep.
Ethan Camille, 7, and his cousins, Christopher Johnson, 14; Frank Johnson, 8; and Trey Camille, 2, went missing last week during a snow-machine ride in rural Alaska.

They spent the night together before they were rescued the next day about 20 miles outside the village of Nunam Iqua on Alaska's west coast.
From his hospital bed at the Alaska Native Medical Center, Ethan recounted how he and his cousins tried to survive. Ethan's mother said the boys' focus was on protecting Trey.

"First, we were trying to find a way home, and we got cold," Ethan told CNN affiliate KTVA last week.
Ethan's mother said he suffered frostbite trying to protect his 2-year-old cousin from the cold.
"We were trying to dig a hole" and they slept there, he said from the hospital, where he was being treated for frostbite on his fingers.