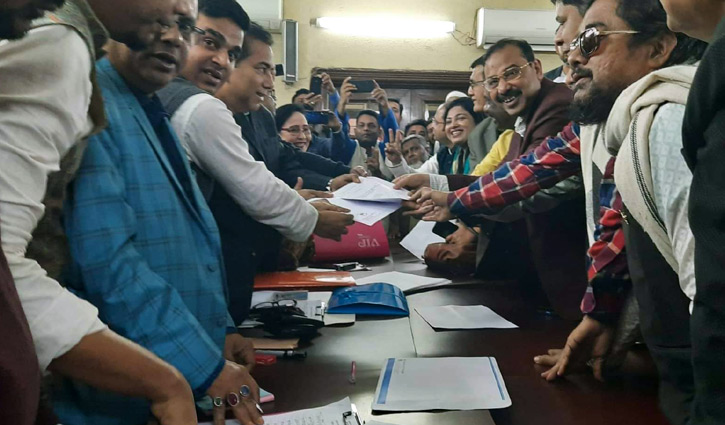 The CCC Mayor collected the AL's nomination forms at the party President Sheikh Hasina's political office in the capital Dhanmondi at around 12:00 pm.

The nomination forms will be collected and submitted from 11:00 am to 5:00 pm every day till February 14.

On receiving information, the CCC polls are likely to be in last week of March. EC sources said the polls might be held on March 29 or March 30.