Both employers, jobseekers will be benefited: Milan Pagon 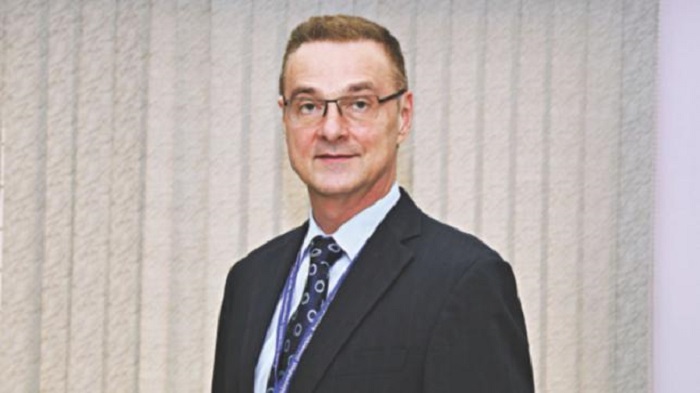 A daylong job fair was being held at Independent University Bangladesh (IUB) at Bashundhara Residential Area in the city on Tuesday.

The office of the Career Guidance and Placement of IUB organised the fair. A total of 44 multinational and national companies and organisations including Bashundhara Group, a leading business conglomerate in the country, participated in the fair.

IUB Board of Trustees Chairman A Matin Chowdhury inaugurated the fair at 10:00 am while Prime Bank Managing Director and CEO Rahel Ahmed and Shohoz founder and CEO Maliha Quadir were present as guest speakers.

Talking to daily sun, IUB Vice-Chancellor (acting) Professor Milan Pagon said the job fair serves dual purposes. The first one is that students get an opportunity to see what kind of jobs is available while employers also get a chance of looking at the CVs of the graduates.

“Employers and jobseekers will both be benefitted through the job fair,” he said.

Pagon said, “Personally I think there is a lot of potential in the higher education sector of Bangladesh, but there are several impediments to achieving this potential.”

“The bad perception is also affecting those universities which are providing standard education.”

“Everything is controlled by them; we cannot decide anything as per our own wishes.”

About the job fair, organisers said that the key objective of the fair was to create ample opportunities for IUB students and graduates so that they become familiar with various companies and organisations in Bangladesh, which will help them find jobs easily.

He said that IUB is implementing so many initiatives for their graduates so that they can be fit to in employment market.

“We are strengthening our connection with the industrial sector through organising a lot of guest lectures from important figures of the sector”, he said.

Narrating their plan of skill mapping, he also said that they wound involve various representatives of various government organisations, NGOs, industries and companies to asses market needs and sit with them.

The vice-chancellor also shared the future challenges like 4th industrial revolution, Gig Economy that are coming forth and preparedness at their end.

“We are looking forward to the future. We are talking about the 4th industrial revolution where things will change tremendously,” he said.

“Typical, traditional jobs will be disappeared and all of the things will be done by the machines,” he said adding that for that it is needed to have highly skilled, trained people to operate those machines and computers and so on.

About the Gig economy, the Vice-Chancellor said that it is a challenge where people, with different skills rather than traditional skills, will be needed.

“A gig economy is a free market system in which temporary positions are common and organisations contract with independent workers for short-term engagement. These are the things that are changing, we need to look into that, we need to go beyond the current trends of the industry”, he said adding that here is the role of universities.