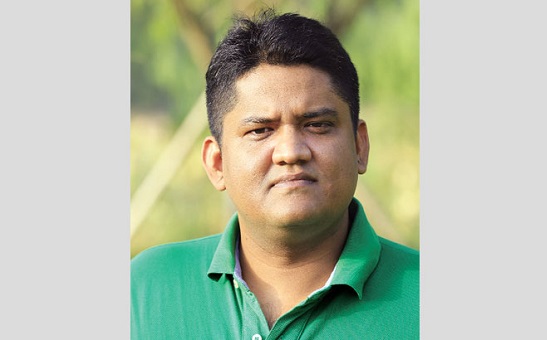 Justice about climate change is related to the uneven distribution of climate change exposure, vulnerability and capacity. T. S. Munk (2018) observed that justice is generally divided into three types: Procedural Justice-participation, inclusiveness, and empowerment in decision-making, Distributive Justice-the spatial and statistical distribution of costs, benefits, and risks and Justice as Recognition-the underlying determinants of procedural and distributional justice. Climate justice needs to embrace all three types.

Climate change is a truly cross-cutting issue affecting many sectors and connected to other global challenges. For example, climate change has the potential to impact global water supplies, agricultural production, human health, and energy infrastructure. However, the adverse human-rights consequences of climate change are likely to have the most significant impact on populations already suffering from human rights violations, such as residents of low-income countries and residents of low-income communities in high-income countries, as well as minority groups, unemployed people, individuals with chronic diseases and disabilities, and people living in unsafe or marginal environments.

The term climate justice, despite wide usage, defies easy definition. In order to appreciate it in its full complexity, climate justice is best understood as a moral framework with two facets according to a recent publication. Facet one allows us to identify various moral wrongs or concerns that are either causing, caused by, or raised by climate change while facet two allows us to understand how struggles to win responses to climate change that address those moral concerns are being organized. Climate justice is climate ethics, in which rigorous moral philosophical reasoning is deployed to shape the creation of a just global agreement governing the distribution of climate burdens and benefits among nations. Climate justice is also just society, which seeks to disrupt liberalisms ideological hold in order to justify alternative institutional arrangements that can form the basis of a society that is simultaneously more just and better able to respond to the climate crisis. Climate justice is the movement that progresses best uses of political economic and political-ecological topics to struggle against the serious threat or risks related to humanity and the risks of other species in the 21st century. Climate justice is the fair way to remove differences in equality for all people created by climate change and confirm the equal rights through establishing necessary policies and protect climate changes that eradicate discrimination differences permanently.

Climate change is inequitable. Often those that are most severely impacted upon by climate change are those that have contributed the least to the problem and have the least resources to adapt and cope. Climate change thus needs to be placed within the broader narrative of ensuring peace, stability, prosperity and addressing inequalities across societies. Some factors are essential to the Global Pact for the Environment initiative: a robust legal system that focuses on climate justice and historical responsibility, identifying actors to implement adaptation and mitigation measures with a focus on vulnerable countries, allowing the right to development to meet needs of present and future generations and international support for victims of climate change.

Bangladesh has been facing a great havoc for her existence in this land, including health hazards, ecosystems and biodiversity loss etc. In order to address this issue, the Government of Bangladesh passed several environmental legislations including the Bangladesh Environment Conservation Act 1995; the Bangladesh Environment Conservation Rules 1997 and the Environment Courts Act 2000 etc. In the meantime, the Government has also ratified around 45 international treaties in protecting her environment as per the intergovernmental conferences held in the different places in the world including Stockholm, Rio, and Johannesburg etc. But these laws and policies are hardly implemented due to some technical constraints such as the non-coordination, absence of expertise, shortage of manpower, exploitation of natural resources etc.

Bangladesh is one of the nations that emit very little carbon, but is likely to be among those that suffer the most because of global warming. However, the country is not waiting to be rescued by others. It has taken several initiatives to facilitate climate-resilient development. In 2008, Bangladesh adopted a 10-year strategic action plan to address the impacts of climate change. Subsequently, a trust fund was created, which has so far invested the equivalent of almost $ 1 billion in tangible projects. The international donor community, moreover, has set up a parallel fund, which is called the Resilience Fund.

International organizations and governments at the national and local levels should ensure that human rights are considered in developing and implementing mitigation and adaptation measures. Nongovernmental and humanitarian organizations need to hold governments accountable for protecting and promoting these human rights. When human rights violations occur, governments should develop and implement monitoring systems to detect and respond to any further violations. Governments should coordinate multi-sectoral participation of agencies and organizations, ensuring a focus on protecting vulnerable populations. Governments should address not only immediate problems but also develop long-term strategies and programs to protect and promote human rights that are threatened by climate change. Climate justice is more than just another catchy concept. It is quickly gaining global prominence and changing trajectories of climate action. One of the most critical facets of climate justice is how it reveals that our world is tied in intricate connections across space and time. By helping people on the other side of the planet to avoid the degradation of an ecosystem, there means helping ourselves.