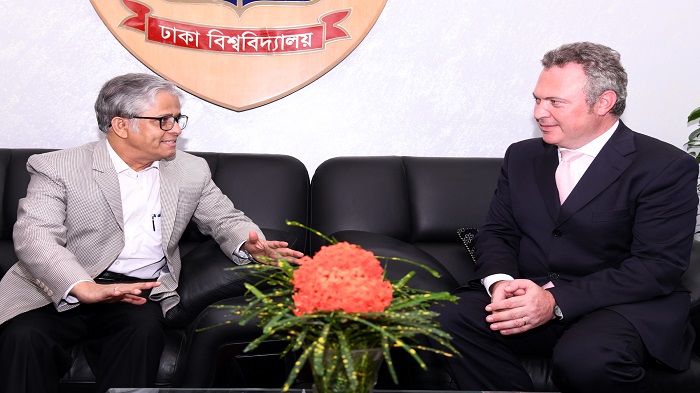 Head of Trade and Investment of the High Commission Mr. Derek Griffiths and Director of DU Public Relations Office Mahmood Alam were, among others, present on this occasion.

During the meeting they discussed matters of mutual interest and exchanged views regarding ongoing collaborative academic and research programs among DU and UK universities.

He said,Dhaka University has many MoUs with various reputed universities in UK. Exchange of faculty members, researchers and students is going on under these MoUs, DU VC pointed out.

In reply to a question from British High Commissioner DU VC said, Dhaka University retains old and traditional values. It was the hub of all movements in the past and its students played pioneering role in our Liberation War. We like to revisit our heritages.