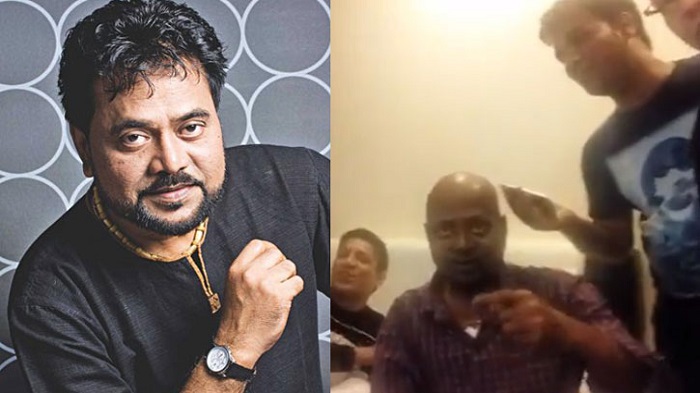 Legendary playback singer Andrew Kishore sang a song for his audience in his bed at a hospital in Singapore.

Momin Biswas , a well-wisher and friend of Andrew Kishore, uploaded a video on his Facebook page where the ailing singer was seen singing some lines of his song  “Jiboner Golpo” in presence of some other singers and his family members in Singapore General Hospital.

However, a concert has been arranged on Sunday at Singapore Jalan Bukit Merahor Gateway Theater for raising funds for Andrew Kishore’s treatment.

Singer Hadi, Sabina Yasmin and Mitali Mukharji are expected to be performed in a concert. Even Kishore himself also supposed to grace the concert with his presence.

Andrew Kishore has been diagnosed with Non-Hodgkin’s lymphoma, a cancer that originates in the lymphatic system.