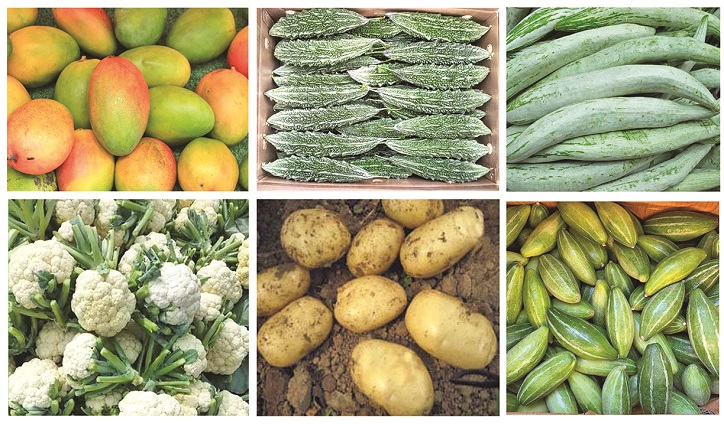 Bangladesh’s agricultural exports have increased in the first seven months of the current FY 2019-20 mainly due to rise in the production of organic products in order to meet the phytosanitary requirements enforced in major export markets, especially the EU.

The phytosanitary requirements put emphasis on organic products and require exporters to export vegetables and fruits free from any harmful pest, bacteria and other harmful chemicals.

Agricultural exports soared to $603.91 million in the first seven months (July-January) of the current fiscal from $579.61 million during the same period a year ago, according to Export Promotion Bureau (EPB) data.

During the first seven months of FY 20, export of vegetables increased to $132.83 million from $64.78 million during the same period a year ago.

Fruit export has increased by 71.43 percent during the July-January period to $48,000 from $28,000 during the same period last year, according to EPB data.

The country’s agricultural exports declined drastically in the last few years for failure to meeting the quality standards sought by major export markets.

To respond to the issue, government later prepared a National Action Plan to facilitate the production of pest-free and high-quality agricultural products for domestic consumption and exports.

Initiatives taken as part of the National Action Plan helped introduce the production of pest-free mango through contract farming method.

The action plan was developed through consultations with the stakeholders to leverage multilateral cooperation in developing farmers support, market structures and business linkages for the promotion of sustainable fruits and vegetable production both for the domestic and international markets.

Contract farming has been made mandatory in the action plan for the production and marketing of safe fruits and vegetables. The plan emphasizes to maintain the highest level of quality control and food safety standards in the production and post-harvest management.

He said country’s agricultural exports will increase by 5-10 times if the government’s agriculture officers provide proper guideline to the farmers to help produce organic and pest-free agricultural products.

He said the government is yet to start the exports of battle leaf and potato since the importers have set certain quality standards local growers are still trying to meet.

He said there is a huge potential in vegetable exports as the country exports only 45,000-50,000 tonnes vegetables per year against the production of 12.1 million tonnes.