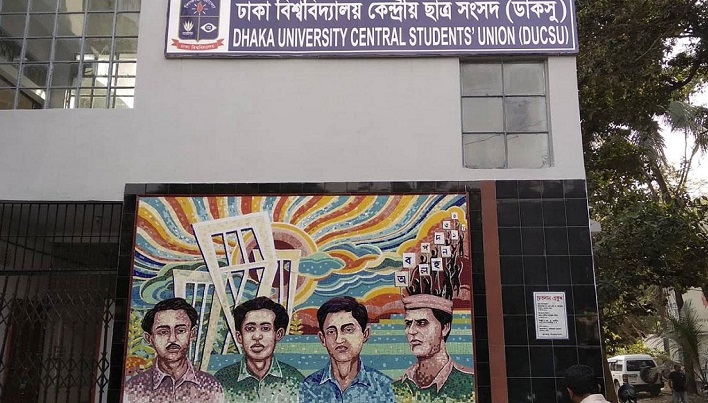 Dhaka University Central Students’ Union (DUCSU) on Saturday decided to oppose the unified admission test for public universities, saying this will hamper ‘uniqueness and tradition’ of the entry test.

The decision was taken at a meeting of the DUCSU executive committee held at Ducsu Building with its President and DU Vice-chancellor Prof Dr Akhtaruzzaman in the chair.

Ducsu also proposed launching a university bus service on Cumilla route, banning the use of plastics on the university campus, allotting seats at dormitories from the first year, establishing bunk beds at dormitories, fixing development fee policy, holding freshers’ reception centrally, making complete lists of differently abled students and establishing footnotes at the bases of sculptures of the university.

At the meeting, Ducsu members alleged that Proctor AKM Golam Rabbani is not friendlier to students as he does not treat them well.

Rabbani said the VC told the meeting that he would take cognisance of the allegation and would advise the proctor to become a student-friendly guardian.