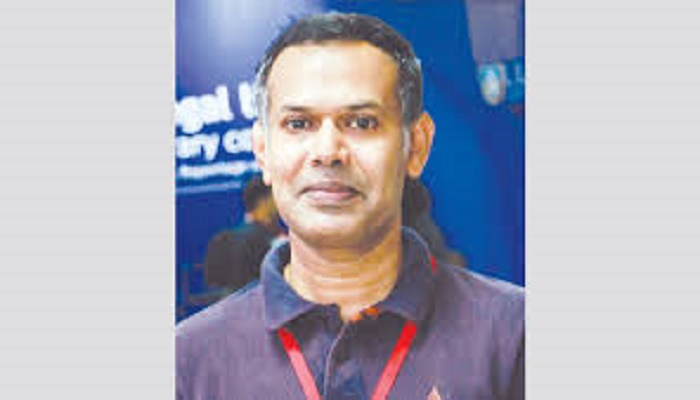 According to the renowned sociologist and theorist of globalization Roland Robertson, today only the glocal exists. We are neither global nor local any more. The glocal is the outcome of the historically long struggle between the global and the local, whereby both lost. Today, “glocalisation” – the term first coined by Robertson in 1992 – is (the result of the failure of) globalisaton, which was lost in its own hegemonic project. However, the trilogy of global, local and glocal is now used to broaden our understanding and analysis of a wide range of issues including the 21st-century education, life skills, culture of consumption, environment, trans-nationalism, cosmopolitanism, nationalism and religious identities/traditions.

In an era of fourth industrial revolution, universities across the globe are becoming more concerned with employability and offering life skills/social skills that employers value much. Accordingly, they are designing education systems around the norms of the glocal society. Today’s educators think that the future needs to be more integrated: integrated across the disciplines, helping students think like a scientist and at the same time think like a historian. Andreas Schleicher, director of education at the Organisation for Economic Cooperation and Development (OECD), stated that to change learning systems to integrate 21st-century skills (global skills) would require a revision to the current utilitarian view of education. Bangladeshi academics are now seriously thinking of introducing outcome-based curricula at universities so that students can know the outcomes of what they study or learn from a particular course.

A study by Australian economists, published in the journal Oxford Economic Papers, claims to provide the first empirical evidence that university education generates non-cognitive skills thought to be essential for a continuously changing and globally expanding labour market. The study focused on the “big five” personality traits: emotional stability (emotional regulation), openness to experience (open-mindedness), conscientiousness (task performance), extraversion (sociability or engaging with others) and agreeableness (collaboration). All are considered vital to the functioning of workplaces as well as broader society. However, the study concludes that Australian universities are successful in shaping life skills that employers and society value, “at least in the short run”. (Source: Times Higher Education, 14 March 2018)

These days digitisation is connecting people, cities and continents to bring together a majority of the world’s population in ways that vastly increases our individual and collective potential. But the same forces have also made the world more volatile, complex, and precarious. The rolling processes of automation, hollowing out jobs, particularly for routine tasks, have radically altered the nature of work and life and thus the skills needed for success. For those with the right human capacities, this is liberating and exciting. But for those who are insufficiently prepared, it can mean the scourge of vulnerable and insecure work, and life without prospects.

Now the question remains – do our schools, colleges or universities put much stress on the students’ life skills called “social and emotional” skills? The role of social and emotional skills is becoming very important in a fast-changing, multicultural and diverse world. To cope with the faster pace of living and the continuous shift to urban environments, people need to engage with new ways of thinking, working and new people. The diverse populations and the dismantling of traditional social networks place additional emphasis on people’s sense of trust, cooperation and compassion. Social and emotional skills determine how well people adjust to their environment and how much they achieve in their lives. But the development of these skills is important not only for the well-being of individuals, but also for wider communities and societies as a whole. The ability of citizens to adapt, respect and work well with others is imperative. Taking personal and collective responsibilities is increasingly becoming the hallmark of a well-functioning society – both local and global. Ideological polarisation, religious conflicts and social or political tensions are mounting across the globe. So we need to have tolerance and respect; empathy and generosity; and the ability to cooperate in order to achieve and protect the common good to make the world habitable. Since we live in a glocal society, everything concerns us and affects our lives.

Education systems must prepare students for their future. We know that preparing students with technical or academic skills alone will not be enough for them to achieve success, connectedness and well-being whatever endeavours they wish to pursue. Social and emotional skills — such as communication skills, perseverance, empathy, mindfulness, problem-solving, team-building, courage or leadership — are central to this. We are born with what political scientist Robert Putnam terms bonding social capital, a sense of belonging to our family or other people with shared experiences, cultural norms, common purposes or pursuits. But it requires deliberate and concerted efforts to create the kind of binding social capital through which we can share experiences, ideas and innovation and build a shared understanding among groups with diverse experiences and interests.

The “Big Five” model — popularly known as “Big Five Personality Traits” — is also comprehensive enough to include the majority of social and emotional skills studied or researched to date. There is also extensive evidence that the “Big Five” domains/traits can be generalised across cultures and nations. Even though research has shown the presence of some culture-specific constructs, the common “Big Five” structure is present in most cultures and languages around the world, not just in Western societies. Several studies have shown that it is suitable for describing differences in social and emotional skills from childhood to old age.

Over the last years, life/social skills have been rising on the education policy agenda and in the public discourse/debate. But for the majority of students, their development remains a matter of luck, depending on whether this is a priority for their teachers or their institutions. A major drawback is the absence of reliable metrics, in this field, that allow educators and policy-makers to make progress visible and to address the shortcomings. However, the educational institutions of Bangladesh should seriously think of teaching students “life skills” at all levels and prepare them for the needs of 21st-century world so that they become “glocal” citizens.

The writer is an associate professor & chair, Department of English, Stamford University Bangladesh. He also contributes to Times Higher Education (THE), UK. He can be reached at [email protected]