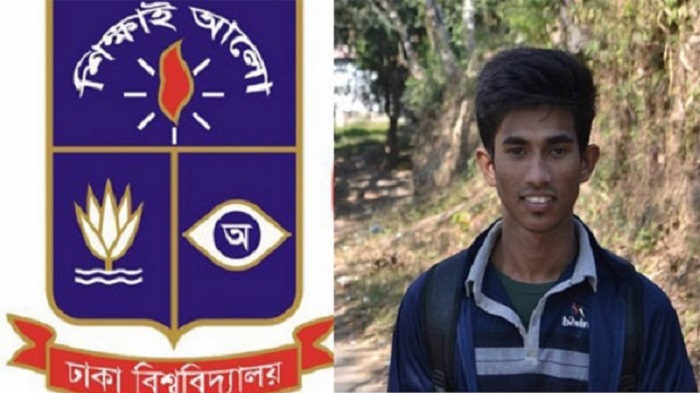 A residential student at Dhaka University died of heart attack on Friday morning while undergoing treatment at Dhaka Medical College and Hospital (DMCH) in the city.

Abdul Basir, provost of the university’s Bijoy Ekattor Hall, confirmed this to media this afternoon.

“Saikat Mahmud, a student of Accounting and Information System department of 2014-15 session, breathed his last at DMCH at around 11:00 am,” he said.

Saikat Mahmud was a resident student of Bijoy Ekattor Hall.

On receiving information, Saikat suffered from chest pain on Friday morning. His fellow roommates took him to the DMCH, where the duty doctors declared him dead.

The namaz-e-janaza of Saikat would be held on hall dormitory ground after Asr prayer, Abdul Basir said.