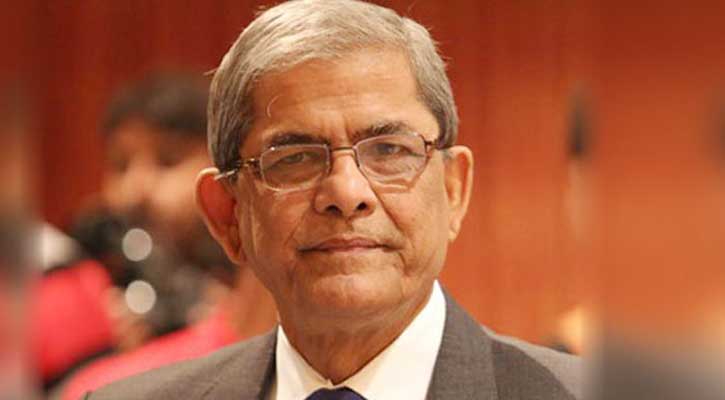 BNP secretary general Mirza Fakhrul Islam Alamgir on Thursday described as a ‘black law’ the bill passed in Parliament on Wednesday to bring the surplus money of 61 state-owned and autonomous agencies to the national exchequer.

“Definitely, this is a black law. They’ve legalised their evil intention through the law. The evil intention is that they’ve left the economy bankrupt.  If we go through newspaper reports of the last few days, we’ll see that the government is borrowing around 49,000 crore from the banking sector and there’s no positive picture of the economy other than the negative one,” he said.

Fakhrul further said, “This was proved through the law that the government has started taking money from everywhere. This can be called part of corruption because the government will use the money in quick rental power plants and mega projects where corruption is taking place.”

While talking to reporters at the BNP chairperson’s Gulshan office, he said no government took money from the autonomous bodies in the past. “If the government takes money from such organisations and uses it in mega projects, this will give a rise to corruption.”

Amid strong opposition from Jatiya Party (JP) and BNP MPs, a bill was passed in Parliament on Wednesday allowing the government to bring the surplus money of self-governed agencies to the national exchequer.

According to the bill, the surplus funds of self-governed agencies will have to be deposited to the national exchequer after keeping aside the operational cost, additional 25 percent of the operational cost as emergency funds, money for general provident fund and pension.

The respective organisation can estimate its operational cost.

If an organisation does not provide correct information about the funds, legal actions will be taken against it, the bill says.

The Cabinet approved the draft bill on September 2 last year when the Cabinet Secretary said as per the latest balance of 68 organisations, an amount of Tk 212,100 crore remains stagnant as FDR in different banks and the money is not being invested for its better use.