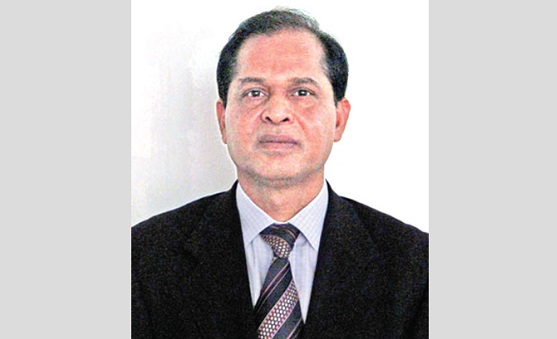 Father of the Nation Bangabandhu Sheikh Mujibur Rahman started his visits abroad with Kolkata, from 6 to 8 February 1972. The sky of Kolkata had been cloudy for few days. The drizzling was never going to stop. Meanwhile, February 6th had come. Bangabandhu was coming to Kolkata. Prime Minister Indira Gandhi had already arrived in Kolkata to welcome Bangabandhu. An important part of the programme was a public meeting at the parade ground, millions of people would attend. What would happen then?  Such apprehension existed from organisers to every ordinary people.

Dum Dum Airport was covered with fog even on 6th February morning. Fragments of clouds were floating across the sky. The aircraft carrying Bangabandhu arrived at Dum Dum. Once Bangabandhu came down, suddenly the sun came out of the clouds, fog disappeared. Flash of sunlight spread over all around. The airport and the people were showered with sunlight. What a joyful smile of the sky! Not only did Bangabandhu bring the love and wishes of his people, he also inundated the people of Kolkata with flashing light. Amidst all, Mrs. Gandhi received Bangabandhu.

Bangabandhu in Kolkata at that largest public gathering in the history of India, Bangabandhu announced that Indo-Bangladesh friendship would remain intact forever. No power in the world would be able to split that. He further declared in a thunderous voice that imperialism would not be allowed to continue its play in the Indo-Bangladesh territory.

Bangabandhu said that the sufferings that Bangladesh people had to undergo for independence had no parallel in the world history and none had the power to undo the hard-earned independence. He said, "My Bengal is Titumir's Bengal, my Bengal is Surya Sen's Bengal, my Bengal is Subhash Bose’s Bengal, Fazlul Haque's Bengal, Suhrawardy's Bengal.” Referring to the soil quality of Bengal, he said that his people were just like this soil - they were cool and peaceful but in need, they were like solid steel.

Describing the atrocities of Pakistani army in Bangladesh, Bangabandhu said that they killed thirty lakh people including scientists and intellectuals, and violated the women. He expressed his confidence that his people would be able to reconstruct their country with the same firmness and confidence as they did for independence.

Expressing his gratitude to the Indian people and Mrs. Gandhi and her Government for their support to our liberation war, Bangabandhu said India had given shelter to one crore Bangladesh refugees and Bangladesh could not afford to repay such contribution. He also expressed his gratitude to Mrs. Gandhi for her efforts in releasing him from Pakistani prison.

Bangabandhu recalled with gratitude the support extended to Bangladesh by Soviet Union and UK. He thanked the American people and their newspapers, but regretted the US government for supplying arms to Pakistan for committing genocide in Bangladesh. Even, they stopped helping India for supporting our liberation struggle.

Bangabandhu said, "Eliminate the poison of communalism from the soil of this country. The people of my country are not communal. Whenever in the past the people of Bangladesh launched movement for their democratic rights, vested interest group of West Pakistan tried to fan up communalism to subvert people’s struggle.”

In her speech, Mrs. Gandhi said that the friendship between India and Bangladesh was based on a strong and solid foundation and hoped that it would grow stronger and stronger day by day. The policy followed by India in regard to Bangladesh had been adequately justified by its actions during the Liberation War. By helping Bangladesh, India had showed to the world that India always stood for justice and human values. She said that Bangladesh achieved its political independence; it would have to fight for economic freedom.

Mrs. Gandhi expressed her confidence that Bangladesh would be able to maintain its neutrality despite her accepting assistance from foreign countries for rebuilding its economy. She said, “We are prepared to face even worse days in the future. India will never be cowed down by any pressure tactics against it by any country.”

Explaining Pakistan’s warlike attitude towards India, Mrs. Gandhi said, “We take defensive actions for the security of the nation, we are certainly not guilty. Because Pakistan took the wrong course, it is a sufferer today.” She said that instead of wasting their resources and energies in military action, Pakistan should better launch a war against poverty.

Mrs. Gandhi described Bangabandhu as the leader of the great people of Bangladesh and the Prime Minister of a sovereign country and at the same time a poet. She said that Sheikh Mujib’s dream for an independent Bangladesh had been fulfilled. A new nation had been born through a lot of suffering and sacrifice. She said, “We have firm belief that the people of Bangladesh will prosper day by day and they have a great future.”

Bangabandhu and Mrs. Gandhi met thrice for bilateral talks including a tête-à-tête. They discussed, in a cordial environment, each aspect of the bilateral relations including a revision of the progress of their talks in New Delhi on 10 January 1972. They agreed to implement the aspirations of the common people of both the countries governed by democracy, socialism, secularism, non-alignment and the policies against any kind of communal and colonial behaviour. Inspired by lasting peace, friendship and good neighbourly attitude for this purpose, they expressed their firm conviction for the development of every possible area of cooperation between Bangladesh and India.

Bangabandhu paid deep respect to the Indian Armed Forces for their role in our Liberation War. The two leaders decided that the Indian Forces stationed in Bangladesh should be withdrawn after completion of their task, by 25 March 1972. Despite being extremely sensitive, Bangabandhu was able to resolve the matter very easily by his prudence and foresight. Mrs. Gandhi also agreed to the proposal of Bangabandhu, considering it justified.

During the meeting, the two Prime Ministers reviewed various issues of international affairs. They decided to work together for world peace and stability. They agreed that the two countries’ government and people would be inspired by the ideals, policies and objectives of the UN Charter in achieving these goals.

Expressing his pledge, Bangabandhu ensured the return of all refugees sheltered in India from 25 March 1971 and said that necessary steps would be taken for their security, protection and livelihood. Mrs. Gandhi assured the continuation of all possible assistance to Bangladesh in the repatriation of refugees and displaced persons. Referring to the humanitarian assistance provided by the international community, they expressed the hope that this effort would be broadened and extended so that the displaced people would be able to live and work.

Both the leaders reviewed the steps taken for rapid development of the economic relations of mutual interest of the two countries. They agreed to set up necessary structures for regular meetings, consultations and exchange of visits among delegations and to enhance close cooperation in the fields of development and trade. They agreed that two countries’ trade should be done at the government level as much as possible. They opined that both governments would take effective measures to prevent smuggling across borders. It was also decided that representatives of the Planning Commission of Bangladesh and India would meet to identify areas of mutual cooperation to the development process of both countries.

It was noted with great satisfaction that the initiative taken by Bangladesh had enabled its industrial and agricultural sectors. With the help of India, reconstruction of damaged communications and other infrastructure had enabled the people of Bangladesh to return to their normal economic life. They discussed flood control issues, the Farakka Dam and other problems related to development of water and power sectors. The two Prime Ministers emphasised the development of cooperation in cultural, scientific and technical fields.

Both leaders noted that the international community was increasingly recognising the establishment of a sovereign independent Bangladesh. They agreed to keep close contact to review the international situation and the adversities of peace, stability and progress in the region.

On 6 February, Mrs Gandhi hosted a dinner in honour of Bangabandhu. In his banquet speech, calling for the establishment of peace and stability in the sub-continent Bangabandhu said, "Let there be an end once for all, to the sterile policy of confrontation among the neighbours. Let us not fritter away our national resources, but use these to lift the standard of living of our people.” He said, "As for us, we will not be found wanting to cooperate with all concerned for creating an area of peace in South Asia where we would live side by side as good neighbours and pursue constructive policies for the benefits of our people.”

Bangabandhu said that he had no doubt that India and Bangladesh would jointly contribute to the progress of world peace. He said, "The friendship between India and Bangladesh will always be deep enduring not only because of the memory of the common sacrifices for democratic freedom, but also because our two neighbouring countries have everything to gain by pursuing a policy of mutual cooperation based on good neighbourliness, non-interference in each other's internal affairs and respect for the sovereignty and territorial integrity of each other. Besides, geography also dictates that our two countries should cooperate in all possible fields, particularly in the economic field, in the interest of our two peoples. Geography also offers a unique opportunity for cooperation between our two countries in the fields of construction of barrages, flood control and taming the mighty rivers of the Ganges and Brahmaputra.”

Expressing his deep respect to Mrs. Gandhi for supporting our liberation struggle, Bangabandhu said, “I have no doubt in my mind that India, our next door neighbour, will proudly march on as the largest democracy of the world under the dynamic leadership of Mrs Gandhi. We, on our part, are striving to advance the common ideals of nationalism, democracy, secularism and socialism at home and non-alignment in international relations."

Bangabandhu said, “In Bangladesh, an era of exploitation and injustice has come to an end due to the struggle of my valiant people and the active support given by the government and great people of India under your magnificent leadership. A new era is now to begin in Bangladesh – an era of reconstruction, an era of economic development and cultural freedom and an era to uphold the democratic right of my people.” He also recalled his memories of the Kolkata city and said, “I have spend some of the finest years of my life as a student and I may say so also as a student leader.”

While addressing at the reception organised by Kolkata Press Club on 7 February, Bangabandhu said that Indian journalists had risked their lives to bring the story of brutality of Pakistani Army to the world. If Indian journalists had not done so then it would have been impossible for us to get foreign supports.

On that day, Bangabandhu also attended a civic reception given by the Kolkata Corporation. He said that one of the four pillars on which Bangladesh was based was secularism and his government would not discriminate between people with different opinions.