Politics of Winning and Losing Elections 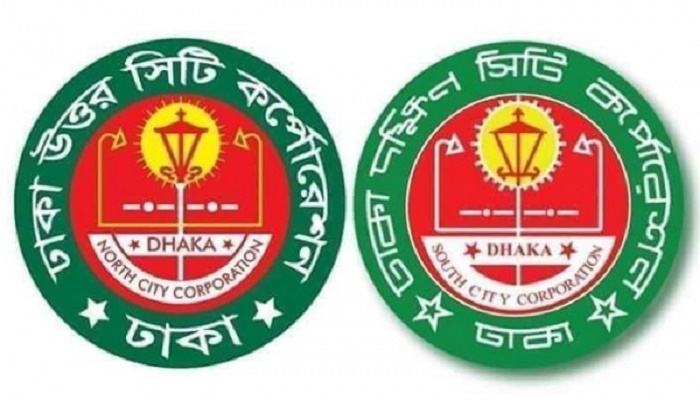 The peaceful election in Dhaka South and North City Corporations is surely a positive development in the electoral environment of the country. From the very onset of the electoral process the ruling party- AL was in an advantageous position as they were more organized and the selection of the candidates in both city corporations was better than their arch rival-BNP. Both the AL candidates were carrying a very fresh and clean image with the evidence of strong political maturity. Sheikh Fazle Noor Taposh was three times parliament member while Mr. Atiqul Isalam was the mayor of the DNCC for less than a year. On the other hand, BNP also nominated very young candidates with a clean image. Unfortunately, Tabith Awal was criticized as his name came out in the Panama Papers scandal. On the other hand, Ishraque Hossain was very young and did not have any prior political experience. Honestly speaking, the BNP tried to capitalize the benefit of the image of his father who was once Mayor of Dhaka city and a freedom fighter. But, political maturity matters most when it concerns the election in any constituency - be it a local or national election.

From the very onset of the electoral process, I have got a feeling that the ruling party was very keen to win the election while the opposition party was very keen to lose the election as they adopted a very negative strategy from the beginning. Now a pertinent question is: why the AL backed candidates could manage to win elections with a huge margin in both city corporations? What factors motivated the voters to cast their votes in favourof AL candidates? Having a look at the political and electoral development of the last two months a number of factors have drawn my attention as the most persuasiveissues that swayed the voters to choose the AL backed candidates. The first is the ongoing development activities of the AL government in different parts of the county including Dhaka might have predisposed the voters to retaintheir trustin AL. Second: the voters might have considered the fact that if the Mayor belongs to the opposition, the pace of development would get shattered in Dhaka city as they would not receive equal cooperationfrom the central governmentwhich was evident in case of Mayors in different citieswho won 2013 Mayoral elections. We cannotignore the fact that the central government still exercises its power to control urban-local government bodies in the country.

Three: The adoption of deleterious strategy by the BNP leaders from the very beginning of the election has affected them very badly. In my earlier writing, I apprehended that such a strategy may fetch deleterious result for the party. My apprehension comes true through the electionresults. Having observed their activities very closely I have got a feeling that they were more concerned about branding the election as unfair instead of winning the election. This sort of mentality might have influencedtheir supporters depressingly to cast their votes in favour of their candidates. Fourth: AL central leadership was very serious about holding a free and fair election in the DSCC and DNCC. This election was a real test for them to make an assessment of their performance in the first year of third consecutive terms in office. It would help them to revamp their strategy for the future. Thus, these factors might have played an important role in the elections.

The diplomatic run in the elections of Dhaka South and North City Corporations has drawn my attention very seriously. It was really unprecedented in the context of the country’s local government election. Typically, we have seen the existence of international observers during the national election. They do not come to observe local government elections. But, this time, we have observed the diplomatic runs in both the city corporation elections. Several media sources indicated that many pro-Jammat people who are working in different diplomatic missions as political analysts have been presenting negative information to the higher officials of the diplomatic missions. They are also inducing them to be sympathetic towards the opposition political parties. That is why, we have observed some undesirable activities of some of the diplomats during these elections. Even it has been reported that this group of diplomats have tried their best to convince two other important diplomatic missions to participate in the election observation. Unfortunately, they failed to convince them. Whatever might have been the reasons; this sort of activities should not be applauded by any political force.

One of the positive aspects of these elections is that the main opposition did not bring massive allegations of irregulars in the election. This is one of the most significant developments in the context of our electoral environment. Although the use of EVM was criticized by many before the Election Day, it was found relatively successful as it requires matching of the national identity card to cast votes which have reduced the possibility of manipulation during the vote casting. Thus, EVM has been foundvery much secured as there is no internet connection in the machine. As a result, doing manipulation has been found very difficult in the EVM.

Since the law and order situation within the majority of polling stations remained calm and quite the EC may deserve an appreciation for this. However, they were found reluctant during the early days of the election campaign. As usual, some of the comments of the higher officials of the EC have frustrated many of us. For instance, the Chief Election Commissioner while briefing media stated that it is the responsibility of the political parties and their candidates to ensure the presence of the voters. I beg to differ with such a proposition as it is the responsibility of the EC to gain the confidence of the voters so that they could come forward to exercise their constitutional right. Thus, they should remain careful while discharging their duties and expressing their views. Most importantly, they should work as a team in a coordinated way. If there is any incongruity among them on a particular issue they should solve it within the meeting room. That should not come in broad day light throughmedia as we are experiencing very often.

DSCC and DNCC elections were important for both the political parties. Had BNP managed to win the election, it could have created a momentum that might have helped them to carry movements against the government. But, it apparently shows that they have failed to make it happen. On the other hand, by winning the elections, the ruling –AL would find them better placed in the political struggle.

Although the election was relatively free and fair, very poor voter turnout rate has made people think about the underlying causes of low participation. Many of us have been apprehending that voters have become reluctant about exercising their constitutional right. If it is the case, this is a very bad signal for our democracy. One may wonder why people are not exercising their rights. A section of people has started to take it for guaranteed that the AL backed candidates would win the election. The domination of ruling party supporters in national and local government elections might have influenced the citizens to hold such views. I am not getting indulged in any debate about this. But, the way elections in DSCC and DNCC took place we should not believe in such philosophy as the candidates of both the parties along with the supporters conducted their election campaign very smoothly without any serious debate. Even the environment of Election Day was very clam in most cases.

Another group of voters might have not come to cast their votes due to terror of electoral violence. Fortunately, we did not experience a great deal of electoral violence in these elections. Thus, the low voter turnout rate has become an issue of great concern. As a matter of fact, the lower turn out rate would affect both the political parties equally. On the part of the ruling party, their control over their supporters has loosened a bit. Conversely, the BNP has failed to motivate their supporters to mobilize electoral campaigns and casting votes. Therefore, an urgent measure needs to be taken to comprehend the underlying causes of the reluctance of voters to exercise their rights.

Having observed the contemporary politics and governance of Bangladesh for many years I have got a feeling that every citizen has become very individualistic. They do not get them involved in any activity where they do not find any personal interest. Even exercising constitutional rights are considered from that perspective. In addition to these issues, another significant point that has drawnthe attention of the conscious citizens is the lack of participation of young people in the votes. It is very precarious for democracy if young people do not find any interest in exercising voting rights. Although one political party has won and the other party has lost the elections, both the political parties should consider these issues with importance if they really want to strengthen our democratic system.

Pranab Kumar Panday, PhD is a Professor of Public Administration and an Additional Director of the Institutional Quality Assurance Cell (IQAC) at the University of Rajshahi