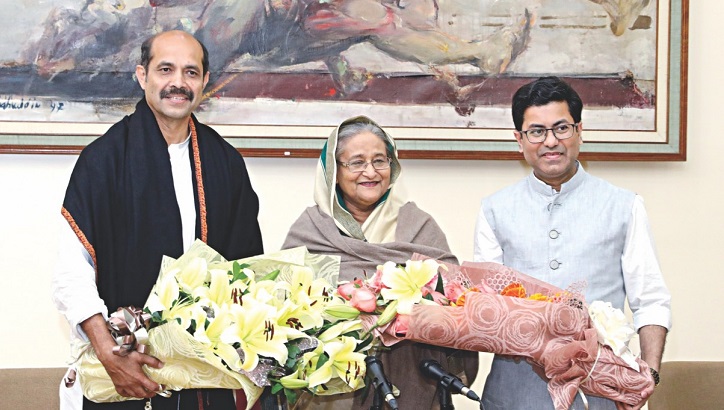 Ruling Awami League is to look into the reasons why the voter turnout was low in the recently held elections to the two city corporations of Dhaka.

The poor presence of voters has sparked a serious controversy among the political parties and Election Commission which have failed to draw the voters to the polling stations.

Record shows that only 25 per cent voter cast votes in DNCC while 29 per cent in DSCC.

Some 54, 63,467 voters were supposed to elect the new city mayors, councilors and reserved seat councilors under the Electronic Voting Machines.

Atiq got 447,211 votes while Tabith 264,161 votes with the symbols Boat and Sheaf of Paddy respectively.

Taposh got 424,595 votes while his rival Ishraque bagged 236,512 votes with the electoral symbols of the two major parties, which have been ruling the country since the country’s stepping into the democratic practice in 1991.

Since then, the Awami League under the leadership of Sheikh Hasina has been in office for the third consecutive term and formed the government for the fourth time while the BNP under Khaleda Zia formed government thrice.

Out of the Dhaka voters, the AL insiders say that if the party has a share of 50 per cent voters in Dhaka, the party-nominated candidates would have to get at least 2.7 million votes.

“But our candidates got less than one million votes in the two city corporations,” said a central leader wishing not to be named.

Awami League general secretary Obaidul Quader on Tuesday said that they would discuss the matter in a meeting of the party’s central working committee.

He said they expected more votes as per the party’s voting share.

“We will sit for a meeting of the central working committee to look into the reasons for the poor presence of voters,” he told reporters at a briefing at his secretariat office.

“Being the party’s general secretary, I think, we have to think the matter very seriously. We have not got the votes as per our estimates,” he added.

The ALCWC meeting is to be held after Awami League president and Prime Minister Sheikh Hasina’s return from Italy.

The premier on Tuesday left for Italy on a four-day official visit.

Awami League advisory council member Tofail Ahmed also expressed his concern over the poor presence of voters in the elections to the two city corporations.

He cited some reasons for the low turn out of voters.

“Longer public holidays, Bangladesh Nationalist Party’s publicity against Electronic Voting Machine and their participation in city polls as a part their movement are the main reasons behind the low voter turnout in the city elections,” he said.

Whether the voters showed no confidence on the voting system, EC secretary Mohamamd Alamgir told reporters that many ruling party supporters also did not turn up to vote.

“I do not think that the turn out was poor due to no confidence on the voting. If so, the ruling party, at least, does not have the reservation on the voting. If their supporters went to the polling booths, the voting percentage would not be poor,” he said.