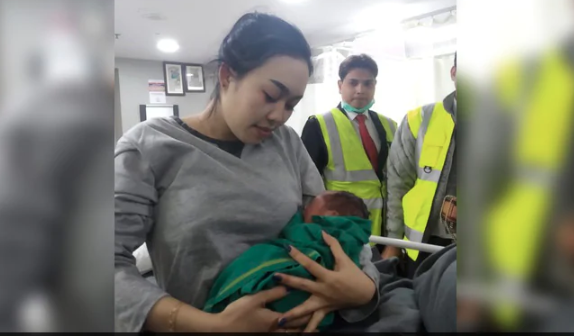 A woman from Thailand on board a flight from Doha to Bangkok went into labour today and delivered a baby mid-air, forcing the plane to make an emergency landing in Kolkata, West Bengal.

The woman delivered the baby with the help of the cabin crew of Qatar airways around 3 am.

The aircraft landed in Kolkata and the woman was admitted to a private hospital. Both the mother and the baby are doing fine, officials said.