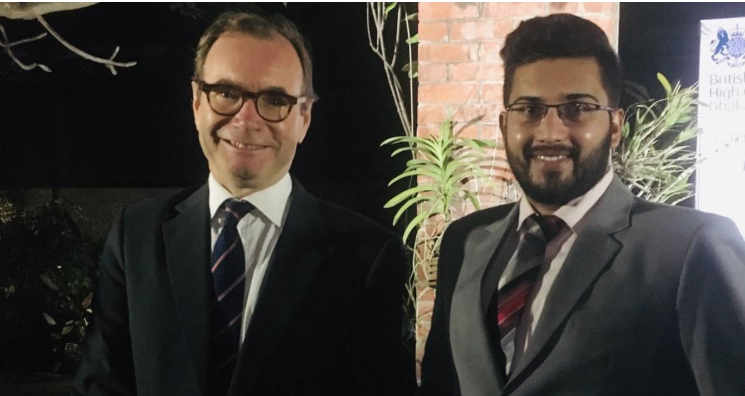 British High Commissioner to Bangladesh Robert Chatterton Dickson has handed over the 7th Gold Award of the Duke of Edinburgh’s Foundation of Bangladesh to a group of young Bangladesh citizens in recognition of their contributions to the field of sports and humanitarian and social works.

Fahim Mustafa Aninda, son of UNB Sports Editor Md Mustafa Kamal, was one of the recipients of the award that was given at a function at the Baridhara Residence of the High Commissioner on Sunday evening.

The British High Commissioner also handed over crests and certificate among the winners.

Contributions to sports activities and social and humanitarian works, and extracurricular activities within six months to one year in the country were considered in the selection process.

The Edinburgh’s Awards Foundation also honored the Bangladeshi student and citizens with silver and bronze awards.

Apart from the British High Commissioner, Chairman of the Board of Trustees of the Duke of Edinburgh’s Award Foundation AK Shamuddin Khan was present on the occasion.