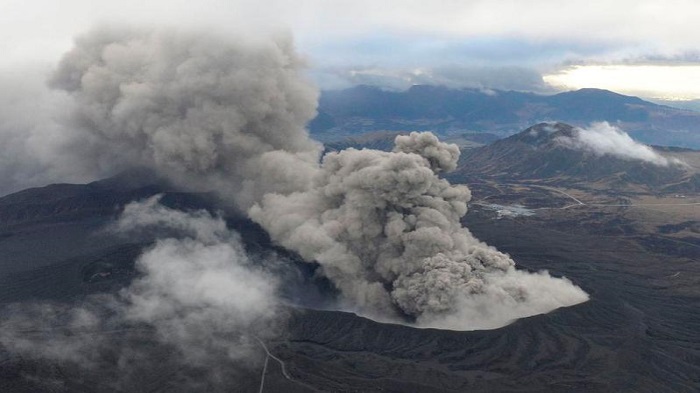 A volcano on an island in the southern Japanese prefecture of Kagoshima erupted early Monday, the Japan Meteorological Agency (JMA) said, with no reports of injuries so far.

According to the JMA, Mt. Shindake on the southwestern Kuchinoerabu Island, erupted at around 5:30 a.m. local time, with the eruption sending a pyroclastic flow down its slope reaching as far as 900 meters southwest from its crater.

The agency also said that the eruption caused ash and smoke to rise to an altitude of around 7,000 meters and large rocks were launched as far as 600 meters from the crater, the agency said, adding that residential areas were not in danger.

The agency maintained its alert level for the volcano at 3 on its scale which peaks at 5, warning climbers to refrain from the mountain.

The level was increased for the first time since it was raised from level 2 in October in the wake of a powerful earthquake.

Although the alert level remains the same, the agency warned people in the vicinity to be vigilant for flying rocks and further potential pyroclastic flows within 2 km from the crater.

The agency also said that winds could see volcanic ash and small rocks travel further in the case of a subsequent eruption.

Following a major eruption in May 2015, all residents were forced to temporarily evacuate the island.

There have, more recently, been intermittent eruptions observed at the volcano since January, the JMA said.