Ishraque, Tabith to express reactions over city polls on Wednesday 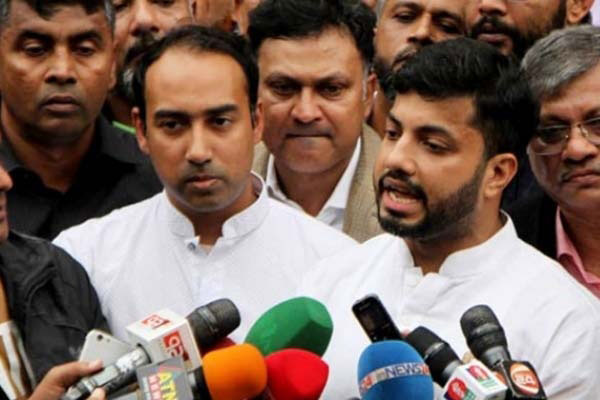 A joint press conference will be held at 11:00am at Emanuel’s Banquet Hall in city's Gulshan area on Wednesday in this regard.

Mahmud Hasan, media coordinator of Tabith Awal, confirmed it to journalists on Monday.

The BNP candidates claimed that vote rigging took place in the city polls. The elections were not held peacefully and results were manipulated.