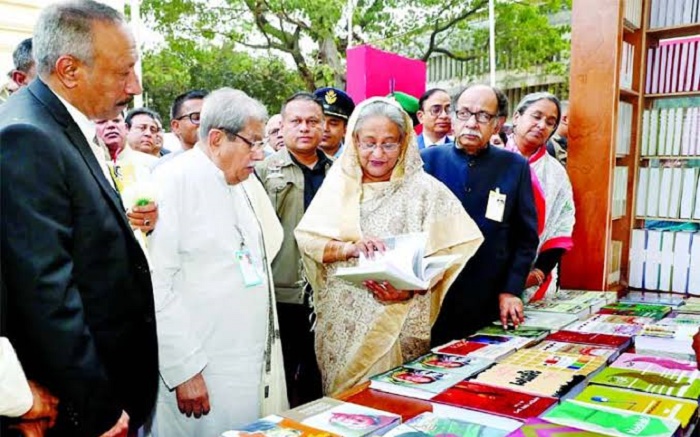 The prime minister opened the book fair on the Bangla Academy premises in the caoital this afternoon.

State Minister for Cultural Affairs KM Khalid was present at the inaugural ceremony as the special guest, while National Professor Dr Anisuzzamanin presided over the event.

This year, Bangla Academy has set the theme of the fair as “Birth Centenary of Bangabandhu” by dedicating the fair to the iconic leader, marking his birth centenary.

At the outset of the function, a minute’s silence was observed showing profound respect to the memories of the Language Movement martyrs.

After inaugurating fair, the prime minister visited different stalls there.