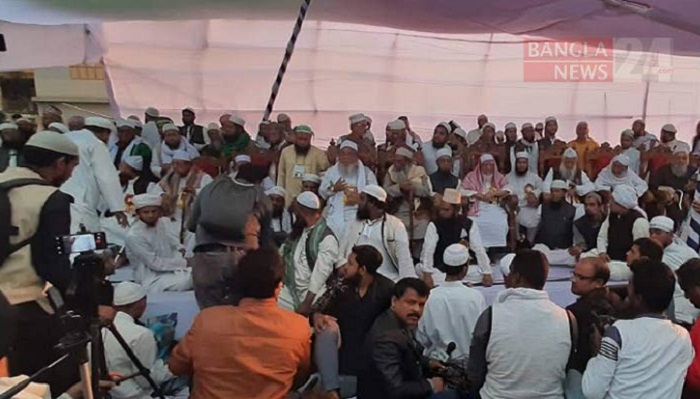 A stage of Hefazat-e-Islami rally in Narayanganj collapsed on Saturday. Hefazat Amir Maulana Ahmad Shafi was on the stage during the incident but no one got hurt.

Hefazat-e-Islami arranged the rally in demand of declaring Qadiyanis non-Muslim. Maulana Ahmad Shafi joined the rally at around 3:00 pm. But the stage broke down at around 4:45 pm.

Confirming the matter,  Maulana Ferdausur Rahman, general secretary of Narayanganj Metropolitan unit of Hefazat-e-Islam said the back section of the stage suddenly broke down to the ground as the stage was over crowded.