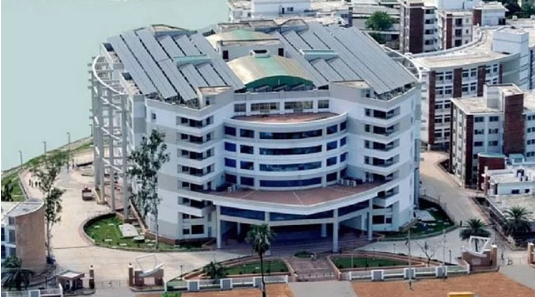 Asha Akhtar Akhi, a resident of Kaliakair upazila of Gazipur, drank Harpic (a toilet bowl cleaner) a year ago, burning her esophagus. After rushing from one hospital to another, Akhi was finally admitted to Sheikh Fazilatunnesa Mujib Memorial KPJ Specialized Hospital in Gazipur.

The physicians of the hospital, named after the wife of Father of the Nation Bangabandhu Sheikh Mujibur Rahman, replaced her esophagus by her colonic part.

The closed part of the stomach was bypassed by the small intestine. A total of six patches were given in her stomach. After a long treatment, the 19-year-old Akhi is now living happily in her in-laws’s house.

“Our neighbours and relatives were very surprised when they saw Akhi fit and fine as none had thought earlier that she would be able to come back. We wanted to get her admitted to other hospitals but Dr Razeeb Hassan of the specialised hospital assured us that this facility can treat her well,” Akhi’s father Md Afaz Uddin told BSS.

Expressing his sincere thankfulness to the hospital, Afaz said, “Not only the services of the hospital are good, but its doctors are also very caring and loving.”

When Akhi’s family was not able to bear her treatment cost, the hospital authorities placed the matter before Prime Minister Sheikh Hasina who directed them to provide all essential financial supports.

Akhi’s father was very grateful for the financial supports for Akhi’s treatment. “Our prime minister is so kind hearted that she has established such a modern hospital in our area and she provides financial support for the poor. I pray to Allah by heart so that the Bangabandhu’s worthy daughter lives long,” he said.

Since its inception in 2013, the 250-bed world class hospital has been serving people like Akhi continuously, showing a light of hope to the people living in Gazipur and adjoining areas.

“Every day, we receive a huge number of patients from all over the country including Gazipur, Savar, Dhaka, Manikganj and Tangail,” in-charge and Assistant Manager of Business Development Services Abul Hasan told journalists.

KPJ Healthcare Berhad currently has a chain of 26 hospitals within Malaysia, and also present in Indonesia, Australia and Thailand.

“Through using a modern software and database, we collect and save every single history and current information of a patient. As a result, when a patient visits the hospital for the second time, we get all medical data and report about him/her,” Abul Hasan said.

He said the hospital has been awarded as the first IMS certified hospital in the country, while Bureau Veritas, an international certification agency, also awarded it in 2017 for its contributions to Bangladesh’s health sector.

“A patient has to registrar for Taka 100 for the first time and can take outdoor service by paying another Taka 600 per visit. A bed in general ward would cost Taka 800 per night, while a VVIP cabin would cost Taka 4,000. Blood bank of the hospital is very much able to supply required amount of blood to the patients,” Abul Hasan added.

The hospital was established in 2013 after the name of Bangabandhu’s wife Sheikh Fazilatunnesa Mujib in recognition to her invaluable contribution to the distressed people and unforgettable role in all struggles and movements of the country including the great War of Liberation and inspiring Bangabandhu in the independence movement keeping herself behind the scene.

“She (the premier) herself receives our service, giving us a huge boost to serve the people attentively and also she directed us to make sure that no patient leaves hospital without treatment and treat every patient with motherly affection from entry to exit,” he said.

Since its journey, he said, the hospital has earned appreciation of all quarters for its improved healthcare services like medicine, surgery, gynecology, pediatric, eye, ENT, neuro-medicine, cardiology. This hospital has also occupied a special place in the country’s healthcare sector through rendering international-standard nursing services, MRI, CT scan and dialysis.

“The core values that we try to follow are safety, courtesy, integrity, professionalism and continuous development. We conduct all types of critical operations and provide medical care for cancer and different diseases of esophagus, stomach, colon and liver,” Dr Razeeb added.

Like other modern hospitals, he said, they also offer health screening packages, ranging from Taka 4,400 to Tk 8, 000 and we also conduct angiogram at a cost of Taka 10,000 which is the cheapest rate in the country.

“We’re not only rendering services (to the patients), but also observing all health-related days like Cancer Day, Kidney Day, Health Day and so on to create mass awareness about the diseases. Sometimes, we organize free health camps where we provide basic health services,” Dr Razeeb said.

He said there is a fund meant for the ultra poor people from where over 1,500 patients have so far taken benefits. The amount of the fund came from the Bangabandhu Trust Fund.