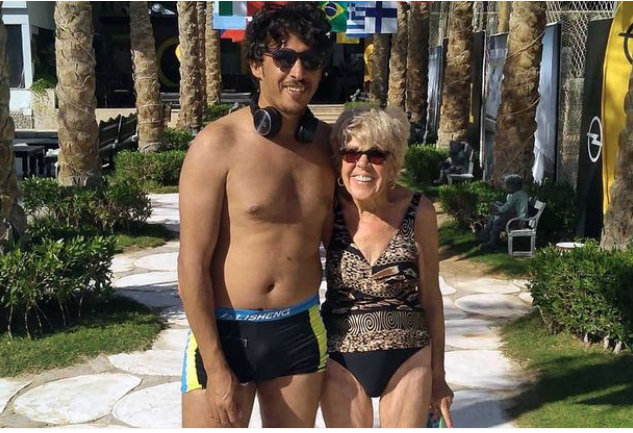 An Egyptian toyboy planning to wed his 80-year-old girlfriend has broken his silence on their relationship and gushed: "love makes you blind".

Mohamed Ahmed Irbriham has spoken publicly for the first time after his unlikely romance with British pensioner Iris Jones was revealed by the Sunday Mirror.

Despite her being 20 years older than his own mum, the 35-year-old is head over heels in love.

"When you are a man and you fall in love with a woman, it doesn’t matter how old she is or what she looks like," he told Mail Online.

The pair were swept away on a tide of passion after striking up a friendship on Facebook.

And Iris, from Weston-super-Mare, Somerset, has also insisted there is no way her young lover is after her money.

The former cleaner lives on £200-a-week pension and disability benefit.

Meanwhile, speaking from his home in Giza, Mohamed admitted that most people have been skeptical, but when he finally met Iris, they fell into each other's arms.

He said: "It’s not her appearance that interests me but what is inside. She has great mind and loving heart.

"It might seem a bit strange having a wife who is 20 years older than your mother but that’s love."

Not wanting to go into too much detail about their sex life he added: "We don’t talk about such things in Egypt, but it was very passionate and felt special holding such a wonderful soul."

Iris told the pair she "felt like a virgin again" before divulging further.

The hosts were left stunned as she went on and continued describing their "rough" first sexual encounter and viewers were equally taken aback with what she had to say.

She admitted: "Nobody’s been near me for 35 years, I felt like a virgin again. 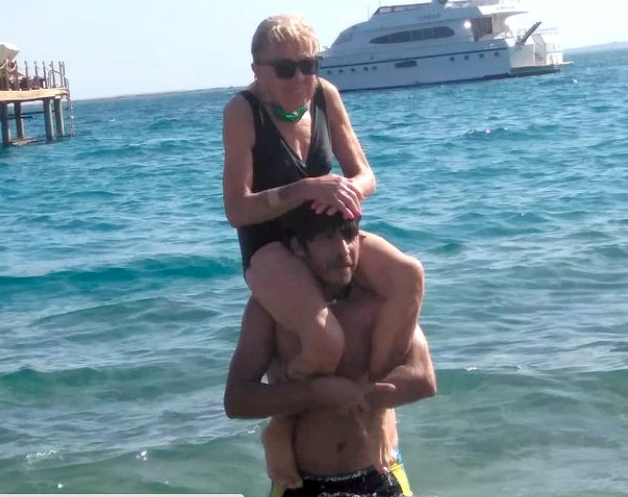 Speaking first to the Sunday Mirror, Iris said her family was concerned Mohamed was making a fool of her.

Feisty Iris insists Mohamed isn’t after her money nor is he seeking a passport to Britain.

She said: “If he’s marrying me for my fortune he’ll be sadly disappointed because I live on a pension.

“I don’t suffer fools gladly. I’m honest and I’m truthful and I told him straight away he couldn’t be a freeloader.

“In Egypt we were quite frivolous, going out to the best restaurants all the time and we split everything 50/50.

“He’s even said he’ll sign a pre-nup because it’s me he wants – not my house.

“I’ve spent years making other people happy, now I just want to marry the man I love before I die.

"I’ve always been a bit of a rebel and he’s just perfect for me.”

She added: "My ex-husband said I was frigid when we divorced 40 years ago but I now know I’m certainly not.”