US, Japan Evacuate Citizens from China 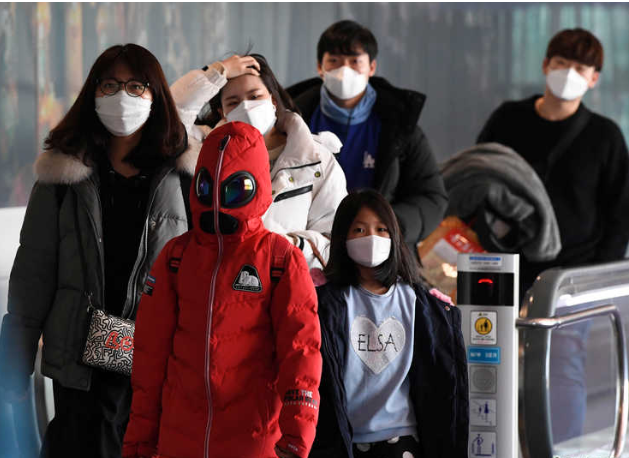 The first evacuations of foreign nationals from China took place Wednesday as the death toll from the coronavirus outbreak soared to 132 people.

A chartered jet flew 206 Japanese nationals from Wuhan, the epicenter of the virus, to Tokyo's Haneda airport Wednesday.  Four passengers were taken to a hospital after complaining of feeling ill.  Medical personnel were on board the flight to screen the passengers before take-off and again when the plane landed.

The Associated Press says a chartered jet evacuated an unknown number of Americans out of Wuhan on a flight to Anchorage, Alaska, where they will be re-screened for the virus.

Australia, New Zealand, France, Russia and other nations also have announced plans to evacuate their citizens out of Wuhan this week.

In addition to the increased death toll, Chinese health authorities say the total number of confirmed cases has soared above 5,900, far exceeding the number of people infected during the outbreak of the SARS (severe acute respiratory syndrome) virus that killed 800 people worldwide between 2002-2003.

Authorities have imposed a virtual quarantine on Wuhan, banning people from traveling in and out of the city. Several other cities in Hubei province, of which Wuhan is the capital, are facing heavy restrictions on movement. Wuhan is racing to complete two new field hospitals to treat the growing number of patients. The virus is believed to have emerged late last year at a Wuhan seafood market illegally selling wildlife.

The United Arab Emirates Wednesday confirmed that a family that had recently arrived from Wuhan has been diagnosed with the new coronavirus, making them the first confirmed cases in the Middle East. The UAE has now joined a list of more than a dozen countries with confirmed cases of the virus, including Australia, Canada, France, Germany, Japan, South Korea, Thailand, the United States and Vietnam. The World Health Organization says most of those are people who had a travel history in Wuhan, with several others having contact with someone who traveled there.

Several nations have imposed strict travel restrictions to China, while Mongolia has closed its vast border with its neighbor. Malaysia and Hong Kong have banned entry to visitors from Wuhan, and Hong Kong has suspended all high-speed rail and ferry services from the mainland beginning Friday.

The virus hit China just as it was beginning celebrations to mark the Lunar New Year, resulting in the canceling or the scaling back of festivities for tens of millions of Chinese. Chinese officials took an extra step Sunday to extend the Lunar New Year holiday three extra days to cut down on group gatherings.

There have been no reported deaths linked to the virus outside of China.

Chinese President Xi Jingping vowed the country will conquer the fight against a "devil" coronavirus outbreak during his meeting Tuesday in Beijing with Dr. Tedros Ghebreyesus, the head of the World Health Organization, according to state-run news outlets.  Xi was quoted telling Ghebreyesus "we cannot let this devil hide."