Keep youths away from narcotics: PM 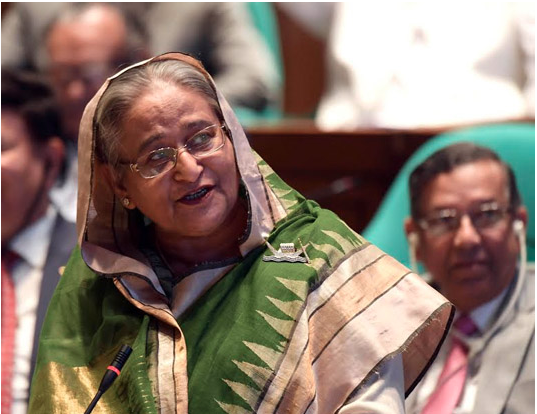 Prime Minister and Leader of the House Sheikh Hasina  asked all concerned to pursue the anti-narcotics awareness campaigns alongside conducting the ongoing drives against drugs to keep the youths away from the menace.

“We are taking appropriate measures against (abuse of) narcotics as it not only destroys a family but also harm the country as well as the addicts,” she said while replying to a supplementary question from opposition Chief Whip Moshiur Rahman Ranga during the PM’s question-answer session at the parliament.

She continued saying that they are taking necessary measures as the youths could get beautiful and worthy lives for them.

The premier simultaneously reiterated her government’s stance on continuation of the ongoing drives against narcotics and said, “One thing is to take legal action against them (drug related people particularly peddlers) while the other thing is to create awareness against it.”

Noting her government’s efforts to make people aware against the abuse of drugs, she asked all particularly the guardians and authorities concerned of the educational institutions such schools, colleges and universities to take necessary measures to keep the youths away from the menace.

The premier also asked all concerned to keep the young-folk busy through sports as they could not pay heed to the narcotics.