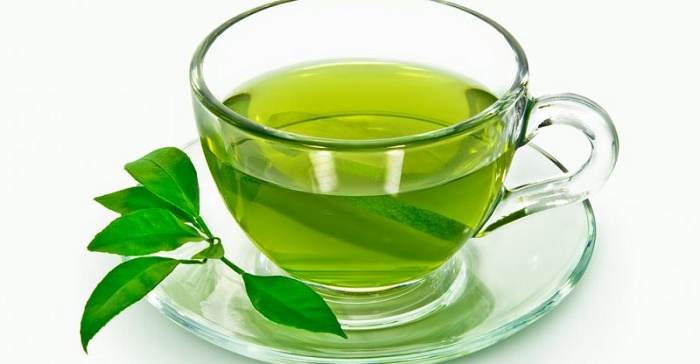 A new study appearing in the medical journal, Arthritis and Rheumatology, shows that a compound found in green tea may hold promise in rheumatoid arthritis (RA) disease management.

Herbal teas have been in use to treat various ailments for literally thousands of years, with estimates of its medicinal use since before the beginning of recorded history.

Green tea has been touted by health coaches, nutritionists, doctors, and dietitians for decades. The drink is particularly known for anti-oxidant properties.

Now, green tea is being heralded as way to reduce inflammation in the body as well. In fact, the recent study concludes the drink has potentially as a regularly prescribed treatment for patients with RA, although so far it has only been tested on mice.

Honing in on One Compound

The study, conducted by a team of researchers at Washington State University (WSU), focused on one particular compound found in herbal green tea.

Called epigallocatechin-3-gallate or EGCG, the compound appeared to reduce ankle swelling in a mouse model of rheumatoid arthritis.

This finding could be a potential source of hope for the nearly 1.7 million Americans who have RA. They currently are treated by NSAIDs, disease-modifying drugs, immunosuppressants, chemotherapy, biologics, biosimilars, corticosteroids, opioids, and narcotics. These treatments can be beneficial but may also carry certain risks.

While physical therapy and alternative practices such as chiropractic, massage, reiki, and acupuncture are also suggested to patients, rheumatology is just starting to recognize the important role that diet and nutrition play in the management of inflammatory autoimmune and rheumatic diseases.

The Arthritis Foundation stated in an article that a cup of tea can be good for overall health and that polyphenols help tea boost the immune system and fight inflammation.

“Our findings provide a rationale for targeting TAK1 for the treatment of RA with EGCG,” said Salah-uddin Ahmed, Ph.D., of the WSU College of Pharmacy and the study’s lead author.

He noted that other RA treatments may be effective but can also damage the immune system in the long run. Green tea, and in particularly this green tea compound, may be a promising alternative to expensive and potentially harmful RA treatments.

Their study showed that, after 10 days of receiving ECGG, the mice with mouse models of RA, had a noticeable and significant reduction in their initial ankle swelling and inflammation.

The team of researchers figured out that EGCG reduced the activity of TAK1, a protein that plays a primary role in the response of cytokines that trigger inflammation and the resulting tissue damage in RA.

Perhaps just as notably, the green tea compound EGCG appeared to reduce inflammation in RA without interfering with other cellular functions in the mice.

Another study, published in the American Journal of Clinical Nutrition in 2012, showed other positive results for the consumption of green tea in moderation. This one was in regard to various functional disabilities that come along with aging.

Researchers from Tohoku University Graduate School of Medicine in Japan found that regular green tea drinkers carried a lower risk of developing functional disability, such as problems with daily tasks, household chores, and regular activities like bathing or dressing oneself.

What Do Experts and Patients Think?

Lindsey Smith of Pennsylvania, an alumna of the Institute for Integrative Nutrition as well as a health coach, author, and speaker says green tea has a variety of health benefits.

“Green tea contains powerful antioxidants, known as polyphenols, which help boost your body’s immune system, and can fight off infection,” she said. “This is good news for people that suffer from RA or other autoimmune diseases because your body will be better equipped to fight off infections and reduce overall inflammation in the body.”

Patients are mostly on board with the notion of trying green tea.

RA patient Debbie McGuire Djukic of the United Kingdom, said, “I think green tea is magical for just the relaxation benefits, if nothing else, and it has turned me onto trying a lot of other tea also. I have also gone gluten free and feel so much better to really cook healthy meals now.”

“When I've drank green tea every day for longer than a few weeks, I've felt better, but usually that's when I'm also eating better too, so it's hard to say,” she said, “but I know that it's definitely made me feel good drinking tea versus soda or juice.”

But Julie Robbins of Illinois is slightly more skeptical.

“I have not had any help with my RA by any dietary changes, including green tea,” she said. “Of course, the best possible thing we can do is be as healthfully as possible. That is especially important since we have our risk factors increased for cardiac issues, simply by even having a RA diagnosis.”

Whether you believe or not that green tea may in any way contribute to the future of rheumatoid arthritis treatment and management, it’s probably safe to say that adding it into your healthy diet certainly couldn’t hurt.