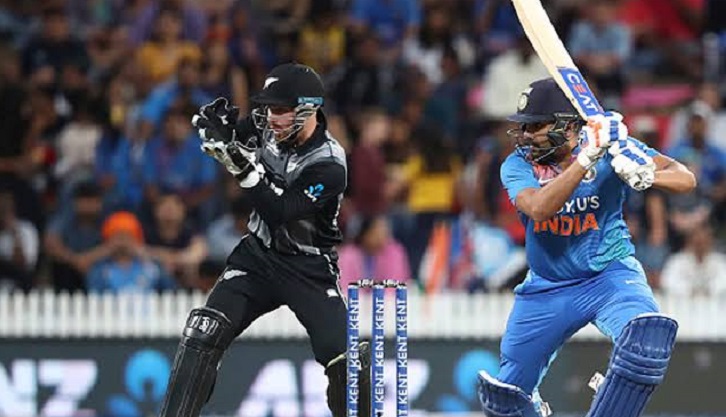 Rohit Sharma smacked a six off the final ball of a dramatic super over for India to win the third Twenty20 against New Zealand in Hamilton on Wednesday and wrap up the series.

Sharma had earlier starred for India with 65 after they were sent into bat first and reached 179 for five.

New Zealand, desperate to stay in the five-match series after losing games one and two, matched India at 179 for six on the back of a majestic 95 by captain Kane Williamson.

Williamson scored 11 of New Zealand's 17 runs batting first in the super over.

India only scored eight off the first four deliveries in reply before Sharma smacked back-to-back sixes to claim the match and the series.

It was the third super over New Zealand have faced in the past seven months and they have lost all three after earlier going down to England in the World Cup final and then again in a Twenty20 match in November.