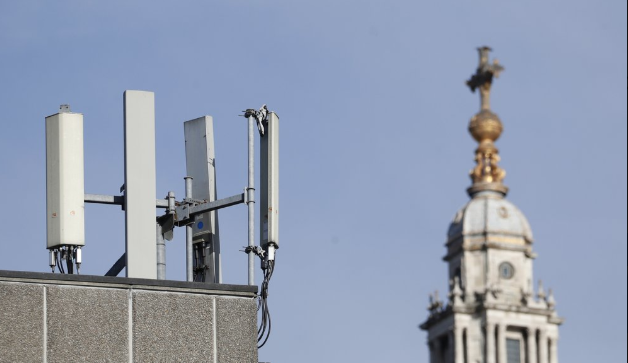 Britain decided Tuesday to let Chinese tech giant Huawei have a limited role supplying new high-speed network equipment to wireless carriers, ignoring the U.S. government’s warnings that it would sever intelligence sharing if the company was not banned.

Britain’s decision is the first by a major U.S. ally in Europe, and follows intense lobbying from the Trump administration as the U.S. vies with China for technological dominance.

It sets up a diplomatic clash with the Americans, who claim that British sovereignty is at risk because the company could give the Chinese government access to data, an allegation Huawei denies.

“We would never take decisions that threaten our national security or the security of our Five Eyes partners,” Foreign Secretary Dominic Raab said, referring to a security arrangement in which Britain, the United States, Australia, Canada and New Zealand, share intelligence. “We know more about Huawei and the risks that it poses than any other country in the world.″

The decision was awkward for British Prime Minister Boris Johnson, who risks the fury of one of Britain’s closest allies at just the moment it needs the Trump’s administration to quickly strike a trade deal after Brexit. Britain officially leaves the European Union at the end of the week, and U.S. Secretary of State Mike Pompeo is due to pay a two-day visit starting Wednesday to meet with Johnson and Raab to reaffirm the tran-Atlantic relationship.

A senior Trump administration official said the U.S. is disappointed by the decision, adding that the U.S. government would work with the U.K. on a “way forward” that leads to the exclusion of “untrusted vendor components” from 5G networks. The official was not authorized to comment on the sensitive diplomacy between longstanding allies and spoke on condition of anonymity.

In its decision, the British government said it was excluding “high risk” companies from supplying the sensitive “core” parts of the new fifth-generation, or 5G, networks. The core is the brain that keeps track, among other things, of smartphones connecting to networks and helps manage data traffic.

But Britain will allow high risk suppliers to provide up to 35% of a carrier’s less risky radio network, based on factors including the amount of data traffic and the number of base stations.

The announcement did not mention any companies by name but said “high risk vendors are those who pose greater security and resilience risks to U.K. telecoms networks” - a clear reference to Huawei.

Huawei said it was reassured by the “evidence-based decision,” portraying it as a victory. Executives said 35% of a market would be a good result for most companies.

“We need to have strong competition to make sure the consumer can enjoy the best possible technologies,” Vice President Victor Zhang said on a conference call with reporters.

By giving Huawei limited access, Johnson’s government is attempting to thread a path between the U.S. and China, analysts said.

“In truth the U.K. had little room to manoeuvre,” said Emily Taylor, CEO of Oxford Information Labs, a cyber intelligence company. The decision “seeks to carve an acceptable middle ground that will keep various contending forces happy,” she said, noting that British wireless carries have already been using Huawei gear for 15 years.

The 5G technology is expected to drive the next wave of innovation, transmitting massive amounts of data from more objects and locations. It would, for example, help make possible self-driving cars or remote surgery.

Huawei is the top global supplier of mobile networks, and it’s considered a cost-effective and high-quality alternative to its main rivals, Finland’s Nokia and Sweden’s Ericsson.

The United States says that China’s communist leaders could, under a 2017 national intelligence law, compel Huawei to carry out cyberespionage. The U.S. has threatened repeatedly to cut off intelligence sharing with allies that use Huawei.

“Here’s the sad truth: our special relationship is less special now that the U.K. has embraced the surveillance state commies at Huawei,″ said U.S. Sen. Ben Sasse, a Republican on the Senate Select Committee on Intelligence. “During the Cold War, Margaret Thatcher never contracted with the KGB to save a few pennies.″

With 5G, U.S. officials also worry that because the “core” will run extensively on software, it could be nearly impossible to spot an accidental vulnerability or a malicious “backdoor” among millions of lines of computer code. Huawei denies the allegations, saying there’s never been any evidence it is responsible for a breach.

For Britain, the 5G infrastructure program is considered critical as it leaves the EU and aims to position its economy to benefit from technological innovation.

The government said Tuesday it is taking some steps that will allow it “to mitigate the potential risk posed by the supply chain and to combat the range of threats, whether cyber criminals, or state sponsored attacks.″ The plans include encouraging smaller suppliers such as South Korea’s Samsung and Japan’s NEC to enter the British market.

The government will draft legislation to make the security requirements mandatory. In the meantime, cybersecurity officials will advise wireless carriers, some of whom have already installed Huawei 5G-capable gear that exceeds the 35% cap, on how to comply.

Mobile phone companies said they were analyzing the decision. Vodafone, which uses Huawei for parts of its radio network but not in its core, said that using multiple suppliers “is the best way to safeguard the delivery of services to all mobile customers.”