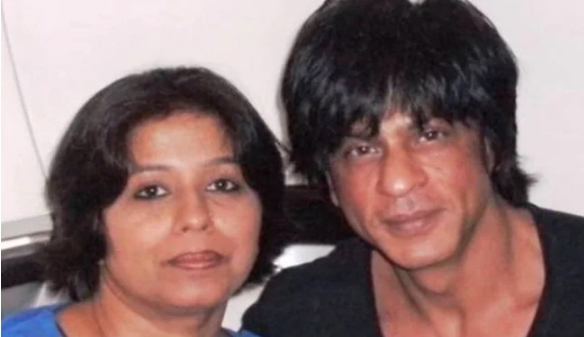 Shah Rukh Khan's paternal cousin Noor Jehan died in Pakistan's Peshawar, reported Geo News, citing a confirmation from the family. Speaking to Geo News, Noor Jehan's younger brother Mansoor Ahmed confirmed the news of his sister's death on Tuesday, reportedly adding that she had been battling cancer for some time. The news of Noor Jehan's death was also confirmed by former town council member and the family's neighbour Mian Zulfiqar, reported Geo News. Noor Jehan, whose age at the time of her death has not been revealed, was a resident of Mohallah Shah Wali Qataal area near Qissa Khwani Bazaar in Peshawar, the Geo News report added.

According to Geo News, Shah Rukh visited his relatives in Peshawar twice along with his parents Lateef Fatima Khan and Taj Mohammed Khan. Noor Jehan is reported to have visited Shah Rukh twice in India. Her family is said to have close contacts with Shah Rukh and other relatives in India. There are photos of Shah Rukh with Noor Jehan and her husband shared by fan-clubs on social media.

As per Geo News, Noor Jehan had an active political career in Pakistan - she served as a district and town councillor and had also filed for nomination for provincial assembly in the General Elections of July 2018. But Noor Jehan withdrew her nomination papers at the last moment.

Meanwhile, on the work front, Shah Rukh Khan was last seen in Zero and is yet to announce his next film. He is currently busy producing Bob Biswas, a film starring Abhishek Bachchan. Shah Rukh Khan and wife Gauri, along with their three children Aryan, Suhana and AbRam, reside in Mumbai's Bandra.