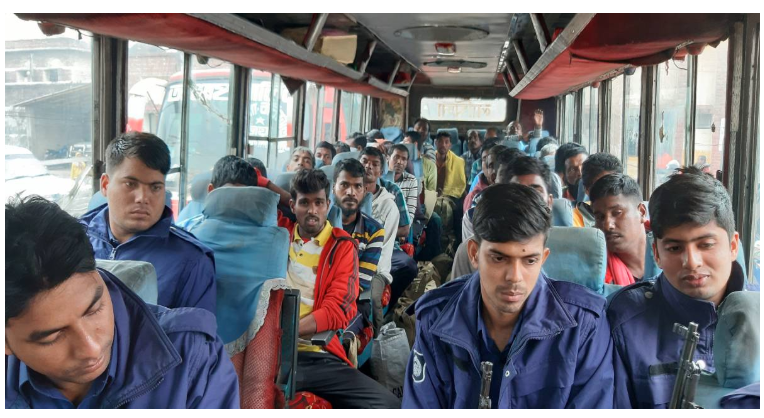 The jail authority handed them over to officials of Indian Embassy on Wednesday in  presence of the representatives of district administration and police.

The fishermen, hailing from different areas of South Chabbish  Pargana of West Bengal, will leave for their country from Mongla in their own trawlers, said Golam Dastagir,  superintendent of Bagerhat district jail.

Members of Bangladesh Navy detained the Indian fishermen along with five trawlers near Fairway Boya area in the Bay of Bengal on charge of intruding into Bangladeshi maritime boundary in different times of October last.

They were handed over to police and separate cases were filed against them.

Later, they were sent to jail from October 2-23 last year.

Additional District Magistrate Md Shahinuzzaman, said that the arrestees were freed from jail following an order from the Home Ministry after completing all the legal procedures.

The jail officials said 54 other Indian fishermen are now in the jail and legal procedure is underway to send them back to their country.