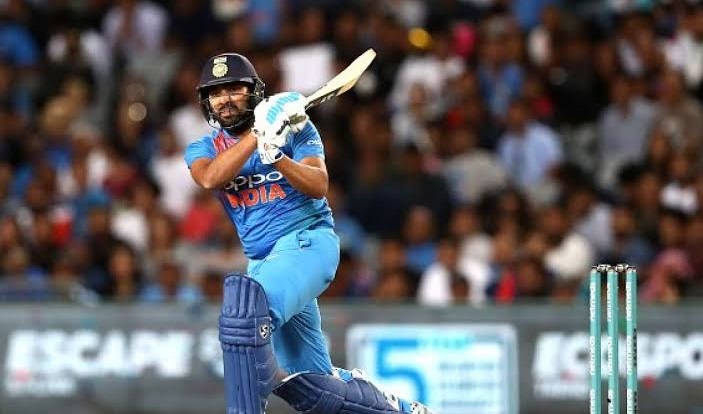 A destructive 65 by Rohit Sharma laid the platform for India to reach 179 for five batting first against New Zealand in the third Twenty20 in Hamilton on Wednesday.

With Sharma at the crease, India were looking at a total of 200-plus before New Zealand arrested the scoring rate.

India won the first two matches bowling first, which they prefer, and with New Zealand needing a win to keep the series alive, captain Kane Williamson won the toss and put India into bat.

After a slow start in which Sharma had only 12 runs off 11 balls, he erupted over the next 12 deliveries to reach his half century.

In a brutal attack on pace bowler Hamish Bennett, Sharma lived up to his reputation as the most prolific T20 batsman in the world, and hit three sixes and two fours off five consecutive deliveries.

But India's rollicking start come to an abrupt halt when Colin de Grandhomme removed KL Rahul for 27 and in two overs India slumped from none for 89 to three for 96.

Bennett held his nerve in his next over to remove both Sharma and Dube.

He also dismissed Virat Kohli for 38 and from figures of none for 40 off two overs, Bennett finished with three for 54.