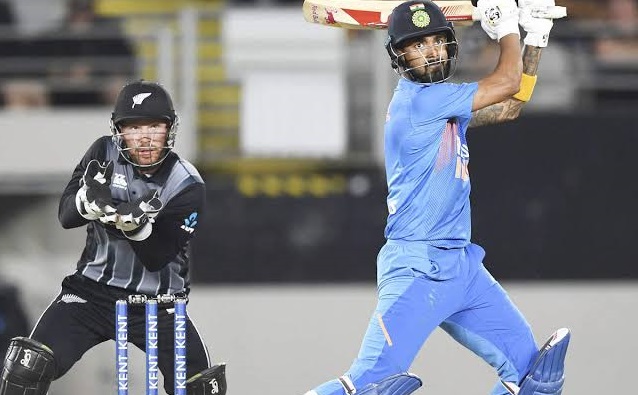 New Zealand decided it was time for a change as they elected to bowl first in the third Twenty20 against India to try and save the series in Hamilton on Wednesday.

There was an ironic cheer from the crowd when captain Kane Williamson won the toss and put India into bat.

India comprehensively won the first two matches by bowling first, which is their preferred option, and another win would clinch the five-match series for them.

"It's a new surface and hopefully we will get something out of it," New Zealand captain Kane Williamson said after winning the toss.

"We'll have to do the job with the ball first up and then try and chase down whatever the target is."

New Zealand have made one change with Scott Kuggeleijn replacing Blair Tickner while India are keeping the same line up for the third consecutive match.

"Why change a winning combination, we have momentum on our side," said skipper Virat Kohli, adding he would rather not bat first but did not see it as a problem.

"It should be a good track to bat on, but had we won the toss we would have had a bowl," he said.

The team batting first has won the last four Twenty 20 matches in Hamilton.