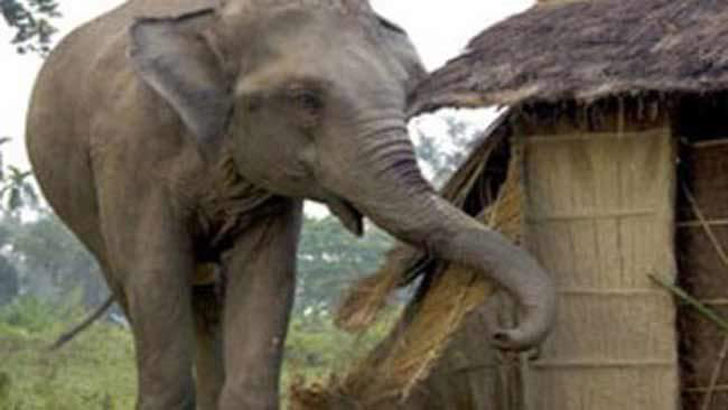 A housewife was trampled to death as a wild elephant attacked her at Kalaipara village of Sarai union under Lama upazila in Bandarban on Wednesday morning.

The deceased was identified as Jahera Begum, 55, wife of Fazlul Haque, hailing from the area.

According to locals sources, an elephant attacked Jahera Begum when she was trying to drive away a herd of elephants who were destroying houses in the area, leaving her dead on the spot.

Confirming the news, Amanul Haque, officer-in-charge (OC-Investigation) of Lama Police Station said, “We have heard the incident and members of police were sent to the spot”.