Essence of Credible Elections in DSCC and DNCC 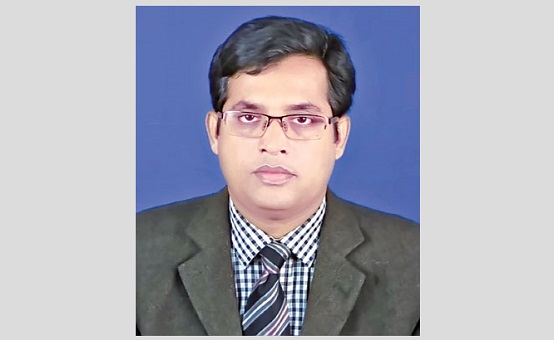 All eyes of the citizens have remained concentrated on the elections to the Dhaka South and North City Corporations to be held on the 1st of February. The prominence of this election is enormous in the political environment of the country as the credibility of these elections could bring stability in the political struggle in the country. Despite allegations of wide-ranging manipulation in the election result, the government has placed them in a quite comfortable situation by obtaining the recognition of the election from the world communities. Even the five law-makers of the BNP who could manage to win the elections took oath as the Parliament members within the stipulated time frame amid wide speculation that they would not take the oath. Thus, the political environment has become very stable and the government is carrying out their regular activities with ease. Even the opposition-BNP has been carrying out different programmes criticizing the government without calling any strike which is a positive development in the context of the political environment of the country.

Now a pertinent question is: Why these elections have been carrying importance in the context of the political environment. The first reason is that the BNP has taken the decision to join the election repudiating their confidence and trust on the election Commission (EC). This is really a negative approach of the party when it concerns electoral practices. Of course, they might have some strong arguments to disown the EC. But, they should have been strategic while expressing their views about the EC. This has made it a real challenge for the EC to make sure that the elections in two city corporations of Dhaka take place fairly and with credibility. If they could manage to attain their goal, they would be able to gain the confidence of the BNP. Of course, the issue of confidence in the political environment of Bangladesh has diverse meanings. If political parties carry a preconceived idea that they would only accept the election result only if their candidates could manage to win. In that case, the opposition would never accept the EC.

By expressing pessimistic views about the possibility of winning the elections, the BNP has committed a great mistake. Their stance of the election has sent a message to their supporters that they would not win the election. This sort of understanding could have influenced the supporters of the party to show reluctance during the election campaign and even exercising their voting rights. If it happens the party would not be able to win the election for sure because momentum plays an important role in the election. Moreover, their native attitude towards these elections may send a message to the voters that the AL supported candidates would win the elections. Thus, many of the voters would refrain from exercising their voting rights which happened in the case of the recently held by-election in Chittagong. This type of attitude is harmful to the practice of democracy in the country. The EC could play an important role in gaining the confidence of the voters by holding free, fair and credible elections. Thus, even the opposition-BNP would require changing their strategy as a win in the mayoral election in both the city corporations would add new momentum to their movements as a political party.

The implication of the result of these elections is also enormous to the ruling party - the AL as they could use these election results as the instances that could help them to substantiate the fact that they do not interfere in the electoral process. Having observed the tendency of the high command of the AL I have got a feeling that they really want a free, fair and credible election in Dhaka South and North City Corporations. From different media sources, it has been learned that the President of AL, who is also the Prime Minister, has been found very stern to see a fair and credible election. That is why she has instructed the party law-makers and the ministers to abide by the electoral rules while making them available for campaigning in favour of their candidates. This is very important for them - to follow the rules. During the initial days of the campaign, the AL law-makers were criticizing the rules of the EC that prohibited them to take part in the electoral campaign. Even they raised questions about the involvement of the central party leaders of the BNP in the campaign. But, the ruling party law-makers and the ministers would bear in mind that they could not do anything that might affect the credibility of the elections. If they are really interested to take part in the electoral campaign, they could do it taking their limitation in mind. They should not do anything that may push their party in a wonky situation.

If the election takes place in a fair and credible manner, the ruling party would avail the ultimate benefits as they would be able to repudiate the allegations of the BNP who condemn them for manipulating the election. Even the international communities would support the government if the elections take place in a fair and credible manner. Up until now, the electoral environment has remained quite healthy excepting a few incidents of attacks on the candidates.

However, when it concerns the overall environment of the campaign, it has been observed that both the parties and their supporters have been violating the rules of the campaign. For instance, the city has been covered with the laminated posters of different candidates although the use of laminated posters is not allowed. The candidates are allowed to continue their campaign until 8 pm. But, in most cases, these regulations are not maintained strictly. The EC has failed to control the breaching of electoral laws by the candidates of different political parties. This has affected the SSC examinees very badly as they could not concentrate on their studies when they hear the sound of mike and other means of the campaign.

To conclude, the prominence of these elections is immense to the ruling and opposition parties as well as the EC. Thus, all three stakeholders should try their best to ensure a free, fair and credible election in both the city corporations of Dhaka. We all should bear in mind that the consciousness of the voters of Bangladesh has increased to a great extent as compared 20 years ago. They know better whom to cast their votes for. Thus, the political parties, instead of blaming each other, should devote their time and efforts in gaining the confidence of the voters so that their candidates could come out as winners. On the other hand, the EC should try to ensure a credible election so that they could regain their lost confidence. Let keep our fingers crossed to see a free, fair and credible election in Dhaka South and North City Corporation on the 1st of February. It is encouraging to note that the country has advanced eight notches on the democracy Index 2019 of the Economic Intelligence Union (EIU). Thus, we all should work together to take our country in the next stage of development through institutionalization our democratic practices.

Pranab Kumar Panday, PhD is a Professor of Public Administration and an Additional Director of the

Institutional Quality Assurance Cell (IQAC) at the University of Rajshahi.