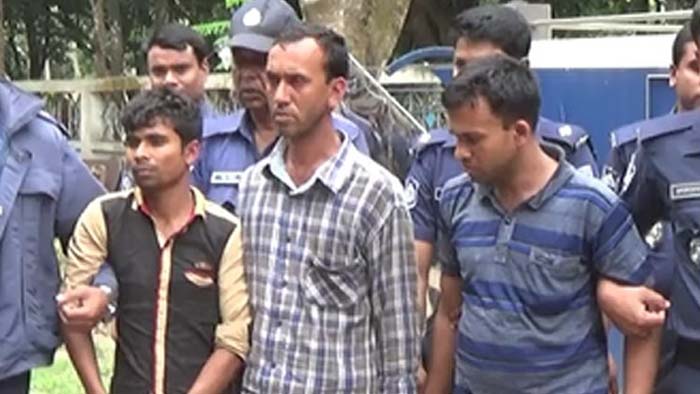 Two accused in a case filed over the gang-rape of three schoolgirls at Satkura in Ghatail upazila confessed to their involvement before a Tangail court on Tuesday.

The duo were identified as Yusuf Ali Khan, 30, son of Ansar Ali and Mohammad Babu, 27, son of late Jabbar Ali.

Police on Monday arrested Yusuf, Babu and Babul Hossain, son of Moksed Ali in this regard.

Dr Sadar Uddin, Administrator of Tangail General Hospital said a three-member probe body was formed to examine the victims and after primarily tests the doctors found evidence of rape.

The trio were gang-raped by a group of 5-6 miscreants when they went to visit Satkura forest area on Sunday.

The father of one of the victims filed a case with Ghatail Police Station on Monday in this connection.