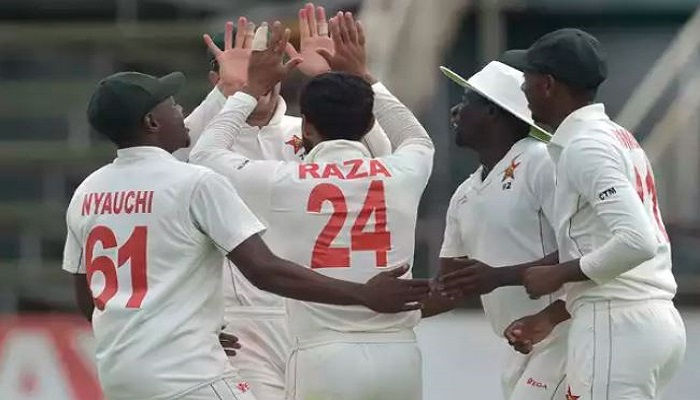 Steady showers hastened the close of play on the second day of the final Test between Zimbabwe and Sri Lanka in Harare with the game in the balance.

Replying to a challenging total of 406, Lankan openers put on a solid foundation through a partnership of 94 which included a wicket-less afternoon session.

However, both batsmen were unable to convert their 40s and fell in rather quick succession to recharge Zimbabwe's batteries.

It was Sikandar Raza's off-spin that gave the hosts their first breakthrough, courtesy a slider which Dimuth Karunaratne didn't pick as he went for a sweep, only to be trapped LBW. The Lankan skipper was quickly accompanied in the dressing room by his opening partner Oshada Fernando who perished to a lazy drive against Donald Tiripano who was exceptionally disciplined, sending down nine maidens in the 12 overs that he bowled.

Kusal Mendis and veteran Angelo Mathews ensured that there were no further alarms before the rains intervened to provide an early finish to the day. It's a day that was shared by both sides, given that the Lankans picked up 4/54 in the morning to sneak back into the game. Then, their openers ensured a fairly solid day although losing both of them meant that Zimbabwe haven't fared that badly, given that the tourists are still 284 runs adrift.