Legendary surgeon, who saved many lives in 1971 Liberation War, passes away 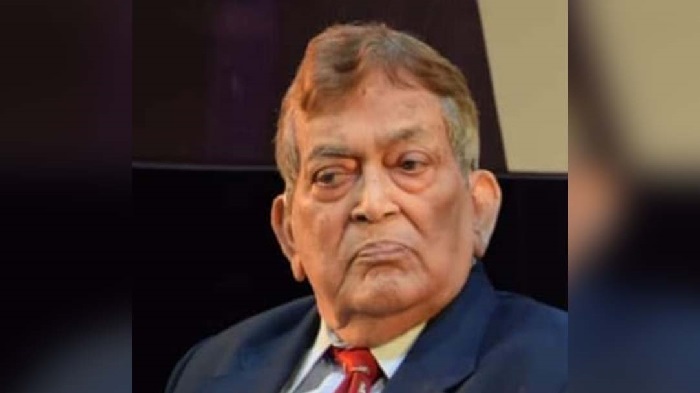 Indian famous surgeon and Padma Shri awardee Rathin Datta, 89, who played a pivotal role in the 1971 Liberation War of Bangladesh, died in Kolkata on Monday after a prolonged illness, reports The New Indian Express.

Rathin Datta, Director and Special Secretary of the Tripura Health Services until 1992, was born in Assam's Mangaldoi in 1931.

He studied at Shillong (Meghalaya) and Dibrugarh Medical College in Assam. He went to London for the Fellowship of The Royal College of Surgeons (FRCS).

According to the Health Department officials, Rathin Datta tirelessly took care of Mukti Yoddhas (freedom fighters) of Bangladesh as well as Indian soldiers during the 9-month war for Bangladesh's independence in 1971. He saved countless lives.

"For his invaluable services, he was given Mukti Yoddha Maitri Sanmanana (friendship award) by the Bangladesh government in Dhaka in 2012. He was conferred Padma Shri in 1992 by the Indian government," the official said.

Offering his condolences, Chief Minister Biplab Kumar Deb said, "He was a legendary surgeon and good administrator of the Tripura Health Services. He along with his team was responsible for creating medical infrastructure in Tripura. His humanitarian contribution during 1971 Bangladesh liberation war was familiar both in India and Bangladesh."