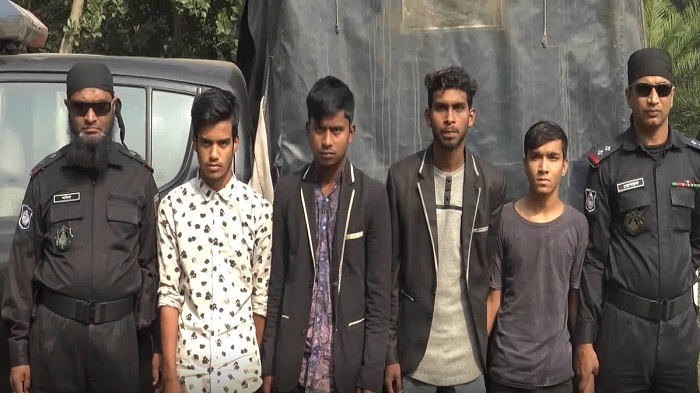 A court in Gazipur on Tuesday placed four people on a three-day remand each over the alleged gang-rape of a teenage girl at a birthday party at Nayanpur of Sreepur upazila.

Those remanded are Sharif Hossain, 18, of Noisapur village of Hossainpur in Kishoreganj, Imran Hasan Sujon, 19, of Ujan Chandrapara village of Ishwarganj in Mymensingh, Sharif Uddin Molla, 20, of Nayanpur of Sreepur, and a 16-year-old boy from Trishal in Mymensingh.

The four invited the victim to a birthday party on January 15 where they offered her food laced with sedatives and later violated her in turns.

It came to the fore after a video clip went viral on Facebook where the suspects were seen saying, ‘Hello friends, we might be inside jail tomorrow. So, there’s a little chance to meet you again.’

The four were arrested on Friday and Saturday soon after the victim’s mother filed a case over the incident.