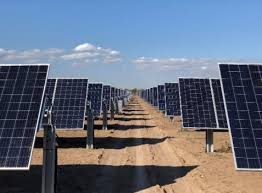 Bangladesh Power Development Board (BPDB) has signed a Power Purchase Agreement (PPA) with Korotoa Solar Limited (KSL) for setting up a 30MW Solar Power Plant at Tentulia in Panchagarh district.

Korotoa Solar, a joint venture between Beximco Power Company Limited (80%) and Jiangsu Zhongtian Technology Co. Limited (20%), will implement the project on 130 acres of land under an implementation agreement (IA) inked yesterday at the Ministry of Power, Energy and Mineral Resources.

According to the 20-year PPA terms, BPDB will buy the electricity to be generated from the plant at 13.9 cent (US $) per unit (KWh).

The joint venture project is expected to be implemented at a cost of around US$ 40 million within eight months from signing of the day’s agreements.