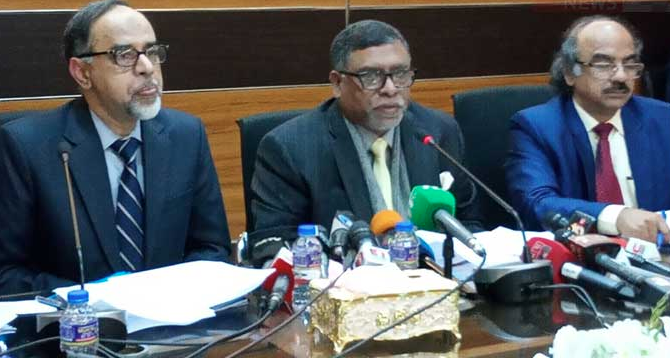 Special wards have been opened in Kurmitola General Hospital and Infectious Diseases Hospital in Dhaka to take measures for providing treatment to coronavirus-infected people.

Health and Family Welfare Minister Zahid Maleque was addressing a press conference after an inter-ministerial meeting held at the Secretariat in Dhaka on Tuesday (Jan 28).

He said the government has taken several steps to prevent the spread of the highly contagious coronavirus in the country.

"The virus is very contagious. It can spread in Bangladesh via carriers such as rats, bats and other animals. We are working sincerely so that the virus cannot spread in the country," he said.

He said the government has not imposed any ban on traveling to China, but the citizens are advised to avoid traveling the country without any urgency.

The minister said the government is careful regarding the outbreak, but there is nothing to panic about as no case of coronavirus infection has been detected in Bangladesh.

"Meanwhile, we sent letters to land and airports in this regard."

The Wuhan city under central Hubei province of China is at the heart of conoravirus' outbreak, which has killed 106 so far.

The minister said there are many Bangladeshi students in Wuhan, but none of them has been infected with the virus so far.

"If they want to return home, we will bring them back. But the Chinese government is not allowing any country to take their citizens back to own countries due to a 14-day moratorium as part of its procedures," Zahid Maleque added.