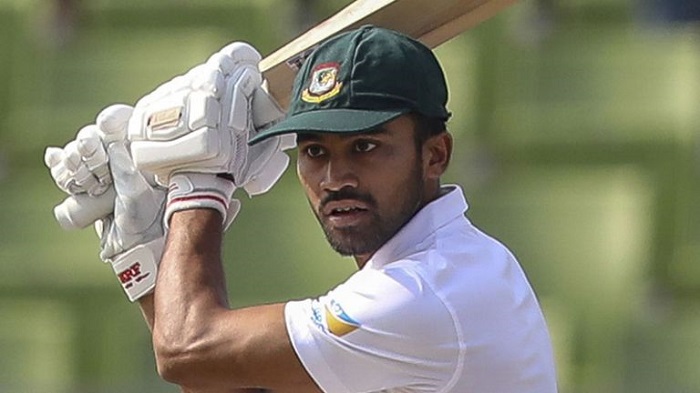 Bangladesh opener Shadman Islam is a doubtful starter for the opening Test against Pakistan in Rawalpindi due to his troublesome wrist injury.

As per BCB's medical staff, the opener took an injection on Monday (January 27) and has been advised to take rest for a week.

The opener has been struggling with the injury that he sustained a few months back while playing for Bangladesh Cricket Board XI in the Dr (Capt) K Thimmappiah Memorial tournament in Bangalore.

Subsequently, he returned home early after playing only two matches in the tournament. However, he did play in the two-match Test series in India, only for the wrist problem to resurface.

Incidentally, Shadman also wasn't picked in Bangladesh Cricket League's players' draft due to the aforementioned injury. The board had decided to host the league, country's lone franchise-based first-class tournament, as part of their preparation for the first Test against Pakistan by making national cricketers' availability mandatory.

"We asked Shadman not to play in the BCL as he has been suffering from a wrist injury for quite some time. He took the injection yesterday, and we advised him one week rest and due to this we also informed the authorities not to consider him for the first round match of BCL,'' BCB chief physician Debashish Chowdhury told reporters. "After two to three days, we will assess his condition again. We can decide whether he will be available for the Pakistan Test after observing his condition a few days later. This is an old injury. When he tries to bat, his pain increases. Such kind of an injury is manageable for shorter matches, but it gets tough when someone plays in longer format matches," he added.

The first Test of the two-match Test series against Pakistan will commence on February 7 in Rawalpindi.