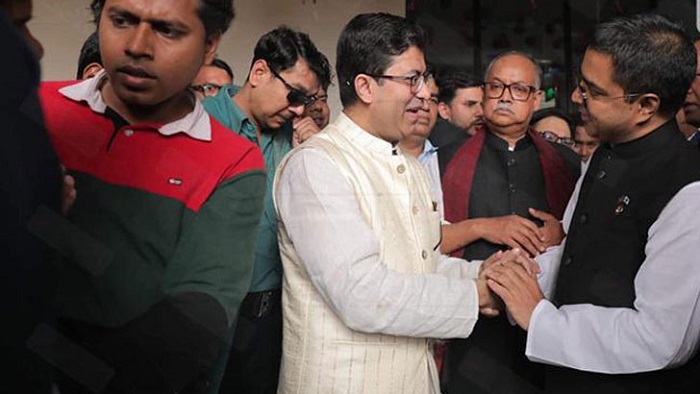 The incumbent mayor made the promise on Tuesday afternoon as Taposh met him at the Sazeda Hospital in the Sadarghat area in the capital.

As a part of the election campaign, Fazle Noor Taposh reached Sazeda Hospital, jointly run by DSCC and Sazeda foundation, at around 2:00 pm and met with Sayeed Khokon.

Mayor Khokon told Taposh, candidate of the ‘Boat’ symbol, that he will be beside him and provide all kinds of cooperation in the election.

Sayeed Khokon was also an aspirant to get party nomination for vying in DSCC election as the ruling party mayoral contender. But party took Taposh as the party’s mayoral candidate.