Trump may visit India next month 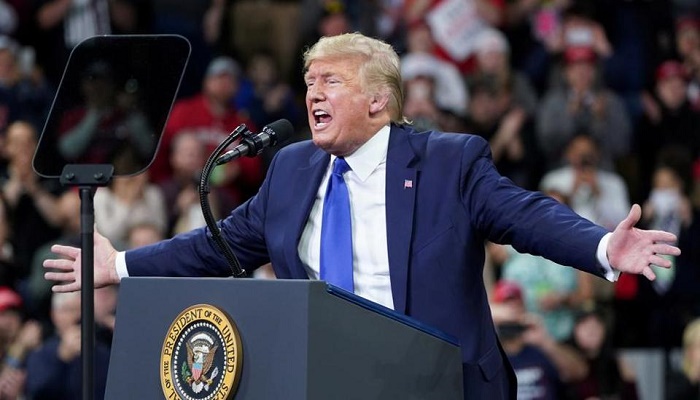 US President Donald Trump is set to visit India between February 21 and February 24, with a day devoted to a joint public function with Indian Prime Minister Narendra Modi, possibly in Ahmedabad, reports Hindustan Times.

The final programme of the function is yet to be sealed, according to people familiar with the matter.

Officials with direct knowledge of the arrangements said that the US government booked Delhi’s ITC Maurya Hotel for the forthcoming presidential visit from February’s meeting, including the hotel’s presidential suite.

The ITC Maurya hosted other US Presidents, including Barack Obama and Bill Clinton.

The visit comes at a time when Pakistan is intensifying its efforts to attack India at the UN Human Rights Council (UNHRC) session in Geneva of Switzerland from February 24 to March 30.