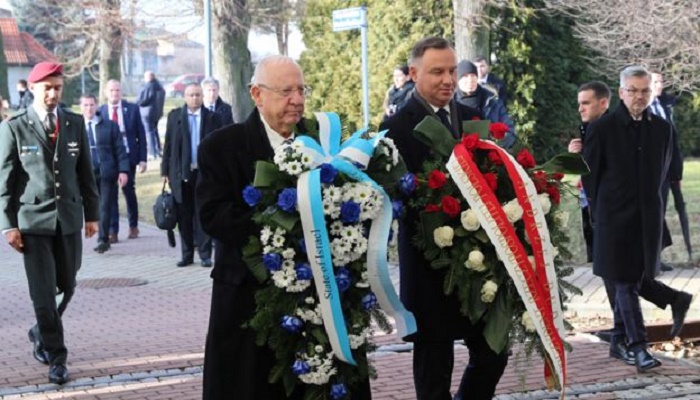 Holocaust survivors and international leaders are honouring victims of the Nazis at the former Auschwitz death camp, amid calls to fight resurgent anti-Semitism, reports BBC.

The presidents of Israel and Poland - Reuven Rivlin and Andrzej Duda - laid wreaths together, 75 years after Soviet troops liberated the camp.

About 1.1 million people, mostly Jews, were murdered at Auschwitz-Birkenau.

"Our duty is to fight anti-Semitism, racism and fascist nostalgia - those sick evils," he said.

The vast Auschwitz-Birkenau camp complex, in Nazi-occupied southern Poland, was the regime's most notorious killing centre.

Thousands of Poles, Soviet prisoners of war, Gypsies (Roma) and other persecuted groups also died there.

Nazi Germany murdered about six million Jews in its campaign to dominate other races and nations.

This may be the last major anniversary where so many survivors are able to attend.