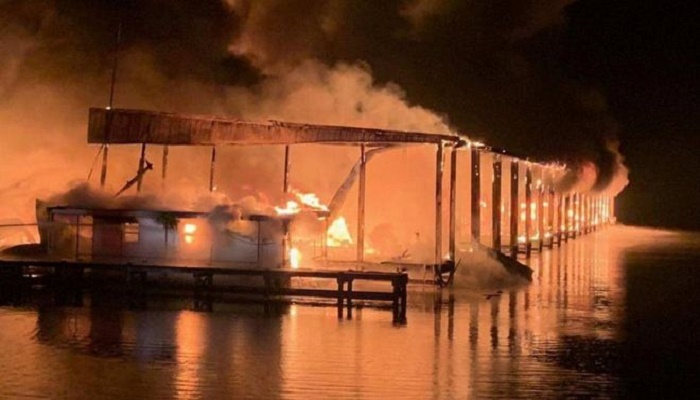 At least eight people were killed when a massive fire destroyed dozens of boats in a marina in the US state of Alabama on Monday, officials say, reports BBC.

The fire quickly spread as people slept at Jackson County Park in Scottsboro. The aluminium roof of the wooden dock collapsed, and some of the boats sank.

Seven people who jumped into the water were rescued and taken to hospital.

It was not clear what caused the fire. Rescue teams will search the water to make sure there are no other victims.

The fire started around 00:40 local time (06:40 GMT) and engulfed 35 vessels from house boats to pontoons docked on the Tennessee River. The identities of the victims have not been released.