Bangladeshis to be brought back from China after at least 14 days: FM 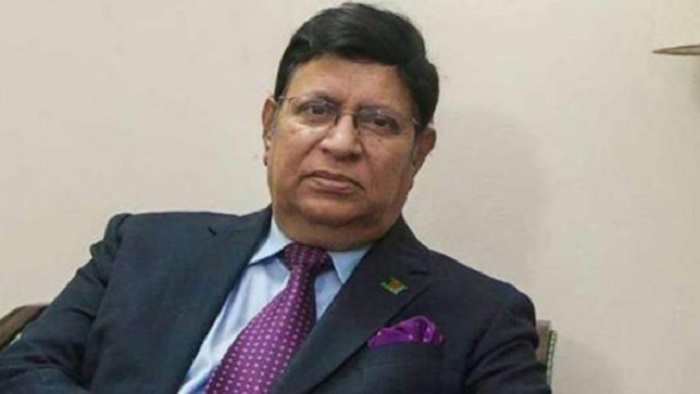 Foreign Minister Dr AK Abdul Momen on Monday said the government will bring back Bangladeshi citizens, willing to return from China, after at least 14 days as the Chinese government will not allow anybody to leave before that.

The minister told this to media taking part in a live talk show aired by a private Television channel on Monday night.

"The government has made all arrangements and arranged an lC-130 flight. However, as the Chinese government won’t allow anyone to leave at least for 14 days, (as a precaution to identify the virus), we’ll bring them after at least 14 days," he said.

China refused to allow anyone, including students of the USA, India and Sri Lanka, to leave their residences for at least 14 days, Dr Momen said.

Earlier, State Minister for Foreign Affairs M Shahriar Alam in a Facebook post said Prime Minister Sheikh Hasina has directed the authorities concerned to bring back Bangladeshis from China who are willing to return as the Asian giant battles a new type of virus.

"Our main purpose is the safety of our citizens," he said.

The government will make the arrangement to bring back its citizens as per the directive, he said, adding: "We’ve started discussions with the Chinese government in this regard.”

It will be decided through discussion with local administration in China and with their consent on how this will be done, he said.

A primary directive was supposed to be issued by Monday to prepare a list of citizens who are willing to return.

Coronavirus has caused at least 80 deaths while China confirmed 2,744 cases by midnight Sunday. The disease has spread to other countries as well.

Coronavirus causes a severe acute respiratory infection but there is no specific cure or vaccine. Most of the deaths have been of elderly people or those with pre-existing respiratory problems.

Meanwhile, the Bangladesh Embassy in Beijing has opened a hotline number +(86)-17801116005 for Bangladeshis.

There are about 300-400 Bangladeshi students in Wuhan, according to the Foreign Ministry.

On behalf of some students, Sajib Hossain, an Assistant Teacher at Yangtze University in Wuhan province, posted a letter on Facebook addressing the Foreign Ministry in which he sought assistance from the Bangladesh authorities.

He said over 500 Bangladeshi students are living here.

Bangladesh Embassy in Beijing has set up an email group of 245 so far.