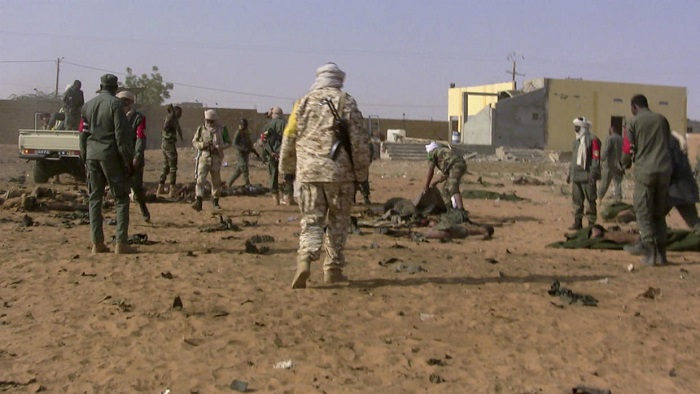 A prominent jihadist group based in the Sahel and linked to al-Qaeda claimed responsibility Monday for a weekend attack that killed 20 Malian security forces.

Sunday's dawn attack on the Sokolo camp in central Mali, near the border with Mauritania, left "20 dead and five wounded" and "four dead on the enemy's side," the army said.

All of those killed were gendarmes, or paramilitary police officers, a local lawmaker told AFP.

JNIM was designated a terrorist organisation by the United States in September.

In a statement sent to Mauritanian news agency Al-Akhbar on Monday, JNIM said it "managed to kill 20 soldiers and imprison three more", adding that it lost three of its own men.

Militants also captured "nine all-terrain vehicles, over 20 Kalashnikov machine guns, a large arsenal of ammunition and other weapons," according to the statement.

On Sunday, Mali's army confirmed that some of its materiel had been "damaged or taken".

Despite aid from French and UN forces, Mali is struggling to quell unrest that began in 2012 in the north of the country before spreading to centre, as well as neighbouring Sahel states Burkina Faso and Niger.