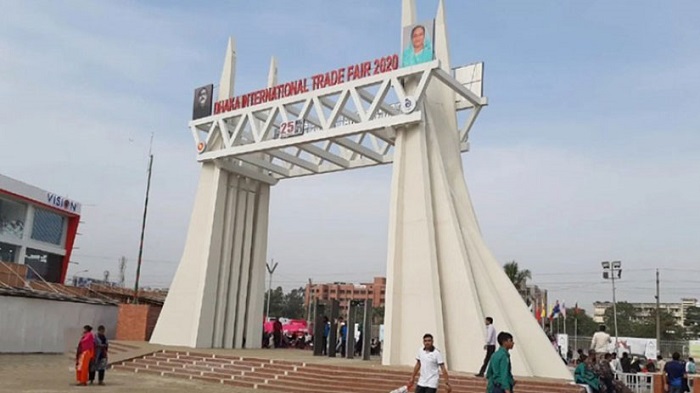 The government has extended the duration of Dhaka International Trade Fair (DITF)-2020 by four more days following the elections to the two Dhaka city corporations billed for February 1.

The decision was taken in response to a request made by businessmen, Mohammad Abdur Rouf, deputy director (Finance) of Export Promotion Bureau (EPB), said on Monday.

“The businessmen proposed that authorities concerned extend the fair by eight more days till February 8. Later, the Commerce Ministry extended it until February 4,” he said.

Rouf said the fair will remain closed on January 31 and February 1 for the city elections.

The fair remained closed on January 10 due to the formal countdown of the grand celebrations of the birth centenary of Father of the Nation Bangabandhu Sheikh Mujibur Rahman.

A total of 483 stalls and pavilions are showcasing quality products from home and abroad at the fair this year. Of them, 112 are pavilions, 128 mini pavilions and 243 are stalls.

The traditional month-long fair starting on the first day of the New Year in the Gregorian calendar has been jointly organised by the EPB and the Commerce Ministry since 1995.