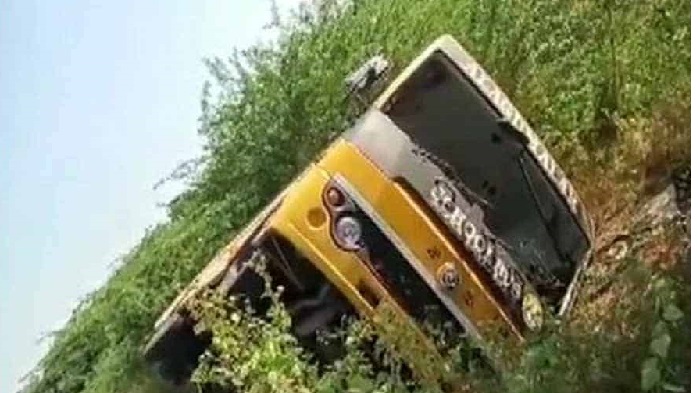 At least 20 school children were injured Monday after a bus carrying them skidded off a road and rolled down in the southern Indian state of Tamil Nadu, officials said.

The accident took place at Poonjuthi in Madurai, about 450 km southwest of Chennai, the capital city of Tamil Nadu.

"This morning a school bus carrying students skidded off the road and rolled down, injuring 20 students inside it," a health official at Rajaji government hospital in Madurai said, adding that the injured were immediately taken to the nearest health facility and out of danger.

According to the health official, the bus was heading toward the school when the accident happened.

Police have registered a case and ordered an investigation.