2 to die for killing minor girl after rape in Rajshahi 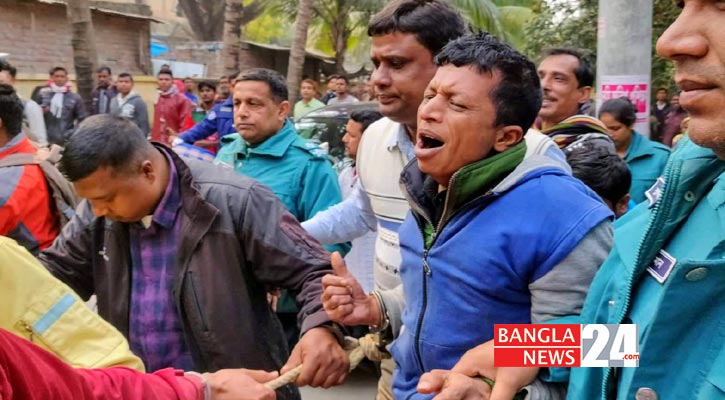 A Rajshahi court on Monday sentenced two men to death for killing a minor girl after raping her in 2013.

The convicted persons are Saidur alias Jack, 42 and his associate Rana, 37.

According to the prosecution, Saidur and his associates took the 10-year-old girl named Swapna, daughter of Abu Bakkar Siddique, hailing from Majhigram village of Shah Makhdum upazila of Rajshahi, to a nearby mango garden and raped her while the girl was going to aunt’s house on august 13, 2013.

Later, they strangled the girl and left the body there.

Later, victim’s father filed a case against them in this connection with Shah Makhdum Police Station in the same day.

Mojjafar Hossain, public prosecutor (PP) of the court, confirmed this matter to media.